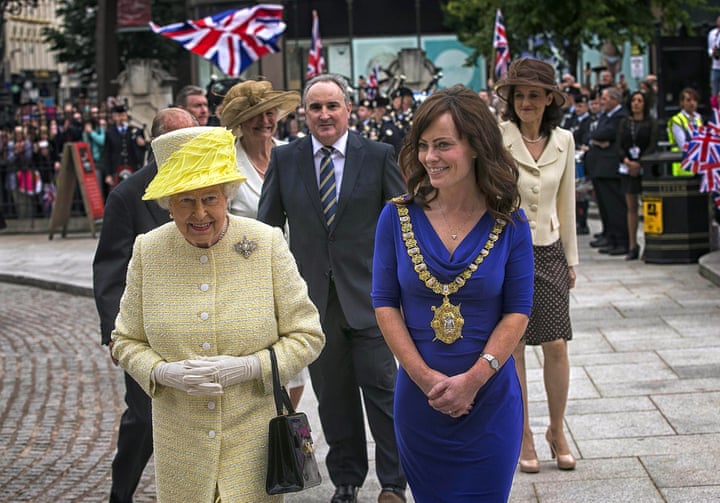 The Irish Republican Army (IRA) planted a bomb on the Belfast to Dublin train and one woman was killed and two others injured when it exploded without adequate warning.

Brighton Bombing The Irish Republican Army (IRA) carried out a bomb attack on the Grand Hotel, Brighton, England, which was being used as the base for the Conservative Party’s annual conference. Four people were killed in the attack and another person died later from injuries received.

[The attack was an attempt to kill Margaret Thatcher, then British Prime Minister, and members of her cabinet and it very nearly succeeded. It was later discovered that the bomb had been planted with a long delay timing device in one of the rooms of the hotel.

The IRA later issued a statement directed at Thatcher:

Neil Kinnock, then leader of the Labour Party, said during a television interview that Irish Unity would not be achieved for many decades.

Charles Haughey, then leader of Fianna Fáil (FF), said that since the signing of the Anglo-Irish Agreement (AIA) the position of Nationalists in Northern Ireland had ‘seriously worsened’ and that when FF returned to government his party would seek to renegotiate the Agreement.

Patrick Mayhew, then Secretary of State for Northern Ireland, spoke at the Conservative Party’s annual conference. He said that the British and Irish governments were willing to invite an international commission to look at the question of paramilitary weapons. At the same time preliminary talks could begin.

The Progressive Unionist Party (PUP) held its annual conference. Leaders of the PUP appealed to the loyalist paramilitary groups to maintain their ceasefire. Gerry Adams, then President of Sinn Féin (SF), warned that Northern Ireland was on the edge of an abyss and called for talks that would include SF.

Loyalists demonstrated against a parade held in Rosslea, County Fermanagh, to commemorate the United Irishmen rising in 1798. During the demonstration Loyalists clashed with Royal Ulster Constabulary (RUC) officers. Loyalists held a rally at Belfast City Hall to mark the third anniversary of the Combined Loyalist Military Command (CLMC) ceasefire. Among those taking part was a ‘colour party’ of the Ulster Freedom Fighters (UFF).

[Nationalists later criticised the display on behalf of the UFF.]

Garry McMichael, then spokesperson for the Ulster Democratic Party (UDP), paid tribute to the “resilience and fortitude” of Loyalist prisoners. David Andrews, then Irish Foreign Minister, said on Radio Telefis Éireann (RTE) that a United Ireland “is not achievable in my lifetime”. His comments drew criticism from Sinn Féin (SF). The Sunday Post (a Republic of Ireland newspaper) published a leaked memo that alleged that Mary McAleese, then Fianna Fáil (FF) candidate for President of the Republic of Ireland, had political sympathies towards SF. The memo came from an unnamed civil servant in the Department of Foreign Affairs.

It was announced that the Pope would pay a visit to Ireland.

George Mitchell said he would hold the talks on the Review of the Agreement to London so as to try to avoid some of the close media scrutiny.

There was a pipe-bomb attack on the home of a father-of-two in east Belfast. No-one was injured when the device exploded under the man’s car in Bathgate Drive. Army bomb disposal experts had sealed off the area following a telephone warning to the Royal Ulster Constabulary (RUC) at 8.30pm. It is understood the man and his teenage son were at home at the time of the attack.

Loyalist Paramilitary Groups ‘Specified’ John Reid, then Secretary of State for Northern Ireland, gave a press conference at Hillsborough Castle, County Down, and announced that he was “specifying” the Ulster Defence Association (UDA), the Ulster Freedom Fighters (UFF), and the Loyalist Volunteer Force (LVF). This meant that the British government considered the UDA, UFF, and LVF ceasefires to be at an end.

The move was welcomed by Nationalists but some Unionists said that the Irish Republican Army (IRA) should also have been specified. In response to this criticism Reid said that: “the nature and scale of the organisations’ violence … [was] … different from any other organisations.

[Reid had given the Loyalist paramilitaries a warning about their activities on 28 September 2001. The action did not result in additional sanctions against the paramilitary groups. However, those prisoners who were released on licence can be return to jail if there is evidence that they have been engaged in paramilitary activities. The Loyalist groups had first called a ceasefire on 13 October 1994.]

Two men were shot in separate paramilitary ‘punishment’ attacks in Belfast. One man (23) was shot six times in the thighs as he lay in bed. Three masked men had entered the house where he was sleeping in Fortwilliam Park, north Belfast. The man was also beaten after being shot. A young man (17) was shot once in the calf as he lay in bed in a house in Dundonald, east Belfast. Both men were treated in hospital for their wounds. The British Army was called to deal with an “improvised explosive device” in Portadown, County Armagh. A suspicious object had been noticed under a vehicle in the driveway of a house in Hartfield Square shortly before 4.00am (04.00BST).

The trial of Colm Murphy, charged in connection with the Omagh bombing, began in the Special Criminal Court in Dublin. Murphy was accused of conspiring with another person to cause an explosion. Murphy, originally from County Armagh, had an address at Ravensdale, County Louth, Republic of Ireland. He was also charged with membership of an illegal organisation.