The 1886 Belfast riots were a series of intense riots that occurred in Belfast, Ireland during the summer and autumn of 1886.

In the late 19th century Catholics began to migrate in large numbers to the prosperous Ulster Protestant city of Belfast in search of work.

By the time of the riots Catholics made up over one-third of the population of the city.  This migration brought with it sectarian tensions as Catholics and Protestants competed for jobs.  As the minority, Catholics found themselves discriminated against in this area and were kept at the lower end of the labour market.

In April 1886 Prime Minister William Gladstone introduced a home rule bill. On 8 June the bill was defeated in the House of Commons.

The introduction of the bill led to renewed sectarian tensions in Belfast. On 3 June a Catholic navvy sneered to a Protestant co-worker that under an Irish government Protestants would never get hired, even in Belfast. This represented the very worst fears of Protestants towards Home Rule and the story quickly spread throughout Belfast.

This led to clashes between Protestant and Catholic labourers on the shipyards. 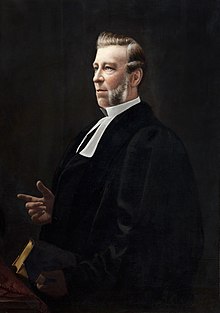 Preachers such as Hugh Hannaplayed a prominent role in encouraging rioters.

The riots intensified on 8 June, the day that the home rule bill was defeated in parliament. Celebrations were held throughout the city to celebrate the defeat. Some of those celebrating attacked Catholic homes and businesses.

It was encouraged by popular preachers such as Hugh Hanna. The rioters thus began to attack the police, and later soldiers.Running battles between security forces and rioters lasted until 14 June.

On 22 June the reinforcements were sent home by the city government, although some were kept as trouble was expected on 12 July, the date of annual Protestant celebrations

Trouble did indeed erupt on the 12th and, contrary to the expectations of the government, the police found themselves overwhelmed by the Protestant attackers. Reinforcements had to be sent into Belfast again and the threat of over 2,000 police officers and soldiers descending on the city caused the rioters to quit by the 14th.

On the last Saturday of July Hanna held his annual outing for the Protestant children of Belfast. This outing usually involved a trip out to the country with marching and drum along the way. Hanna agreed to comply with the city’s request that he forgo the drumming and marching due to the tense situation.

As the outing made its way through Belfast disappointed local Protestants joined in to march with their own drums and anti-Catholic banners. Marchers deliberately provoked the Catholics by marching into Catholic areas.

Taunting quickly gave way to heavy street fighting between Catholics, Protestants and police. Bloody clashes on a par with the riots in June lasted for a few days, but low-intensity rioting continued until September.

Officially thirty-one people were killed in the riots, although George Foy, who made surgical reports on the riots, reckoned that the real death toll might have been as high as fifty.

Hundreds were injured. Over four hundred arrests were made.

An estimated £90,000 worth of property damage was incurred, and local economic activity was significantly compromised.