A 40-year-old Irish born mother has been jailed for 14 years for possessing explosives at her London home.

Five other members of her family and a close friend were also found guilty of the same offence and jailed.

Anne Maguire, from Willesden, North London, was convicted of possessing nitro-glycerine, which was then passed on for use by IRA terrorists to make bombs.

Throughout the six-week trial at the Old Bailey all seven have continually protested their innocence.

As Mrs Maguire was carried kicking and screaming from the dock she shouted: “I’m innocent you bastards. No, no, no.”

Her husband, Patrick Maguire, 42 was also sentenced to 14 years imprisonment. Her two younger sons, Vincent, 17, and Patrick, 14, were given five and four years respectively.

Passing sentence, Judge Justice Donaldson said: “There can be no greater offence than this, for it strikes at the very root of the way of life for which generations have fought and, indeed, died to preserve.”

“We are delighted with the verdicts. These are the people we were after.

“We have cut off a major supply pipeline to the terrorist.

“We are only sorry we did not find the bombs.”

Police were first led to the Maguire family in Willesden when they followed Giuseppe Conlon to their home in December 1974.

Mr Conlon had arrived in London from Ireland for talks with solicitors who were defending his son Gerry, under arrest on suspicion of carrying out the Guildford pub bombings.

Anne Maguire, too, was implicated in the Guildford bombings and was also arrested in December 1974 and charged with the murder of 18-year-old WRAC recruit Caroline Slater, who died in the attacks.

The murder charge was dismissed by Guildford magistrates’ court the following February but the police had become suspicious of the Maguire family. 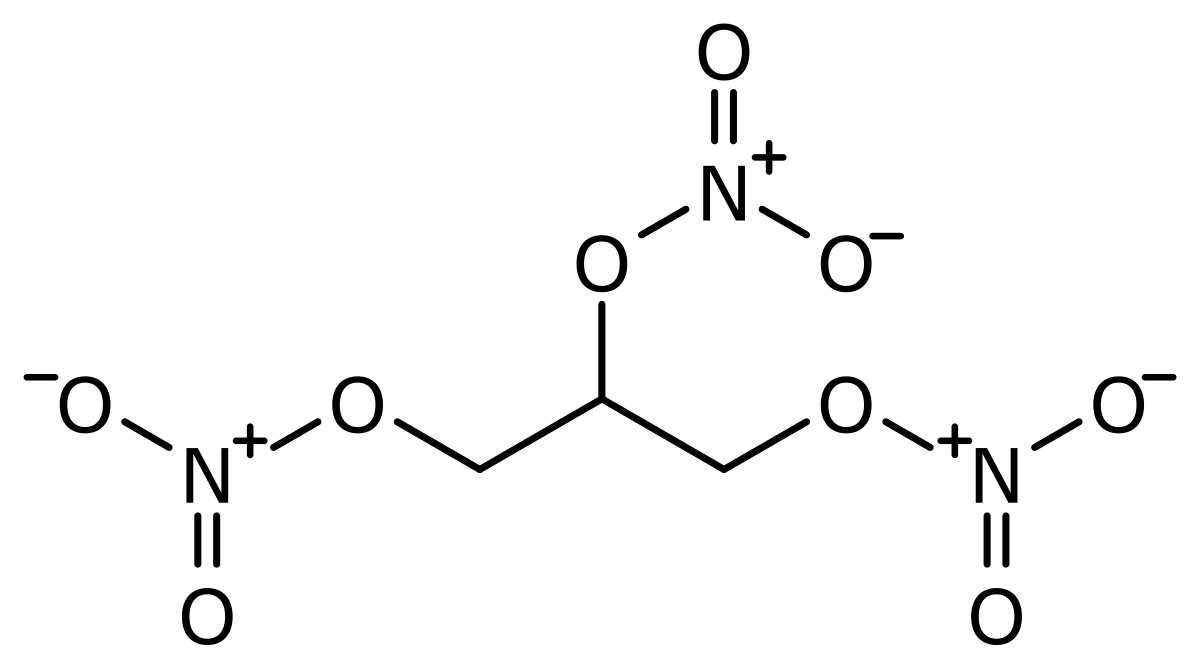 In a raid on their home in Willesden, evidence of nitro-glycerine was found. Swabs were taken from the hands of several male members of the family and evidence of the substance was detected.

Mrs Maguire has always denied the offence. During her trial she said: “There were never any explosives in my house. I would never have any explosives there. I am the mother of four children.”

The Guildford Four and the Maguire Seven were the collective names of two groups whose convictions in English courts in 1975 and 1976 for the Guildford pub bombings of 5 October 1974 were eventually quashed after long campaigns for justice.

Both groups’ convictions were eventually declared “unsafe and unsatisfactory” and reversed in 1989 and 1991 respectively after they had served up to 15–16 years in prison. Along with the Maguires and the Guildford Four, a number of other people faced charges against them relating to the bombings, six of them charged with murder, but these charges were dropped.

No one else was charged with the bombings, or supplying the material; three police officers were charged with conspiracy to pervert the course of justice, and found not guilty.

The Maguire Seven were charged with possessing nitroglycerine allegedly passed to the IRA to make bombs after the police raided the West Kilburn house of Anne Maguire on 3 December 1974.

They were tried and convicted on 4 March 1976 and received the following sentences.

Giuseppe Conlon had travelled from Belfast to help his son, Gerry Conlon, in the Guildford Four trial. Conlon, who had troubles with his lungs for many years, died in prison in January 1980, while the other six served their sentences and were released.

The Guildford Four and the Maguire Seven sought leave to appeal their convictions immediately and were refused. Despite this, a growing body of disparate groups pressed for a re-examination of the case.

In February 1977, during the trial of the Balcombe Street ASU, the four IRA men instructed their lawyers to “draw attention to the fact that four totally innocent people were serving massive sentences”, referring to the Guildford Four.

Despite claims to the police that they were responsible they were never charged with these offences and the Guildford Four remained in prison for another twelve years.

The Guildford Four tried to obtain from the Home Secretary a reference to the Court of Appeal under Section 17 of the Criminal Appeal Act 1968 (later repealed), but were unsuccessful. In 1987, the Home Office issued a memorandum recognising that it was unlikely they were terrorists, but that this would not be sufficient evidence for appeal.

Following the failure of the 1977 court appeal a number of ‘lone voices’ publicly questioned the conviction. Among them David Martin in The Leveller, Gavin Esler and Chris Mullinin the New Statesman and David McKittrick in the Belfast Telegraph.

On 26th February 1980, BBC One Northern Ireland aired ‘’Spotlight: Giuseppe Conlon and the Bomb Factory’’ which contained an interview by Patrick Maguire and the BBC’s Gavin Elser

Quashing of the Maguire verdicts

On 12 July 1990, the Home Secretary David Waddington published the Interim Report on the Maguire Case: The Inquiry into the circumstances surrounding the convictions arising out of the bomb attacks in Guildford and Woolwich in 1974,which criticised the trial judge Mr Justice Donaldson and unearthed improprieties in the handling of scientific evidence and declared the convictions unsound recommending referral back to the Court of Appeal.

The report “strongly criticise[d] the decision by the prosecution at the Guildford trial not to disclose to the defence a statement supporting Mr Conlon’s alibi.”

The convictions of the Maguire Seven were quashed in 1991.

Neither the bombings nor the wrongful imprisonment resulted in convictions. The bombings were most likely the work of the Balcombe Street Siege gang, who claimed responsibility. They were already serving life sentences, but were released under the terms of the Good Friday Agreement. Three British police officers—Thomas Style, John Donaldson, and Vernon Attwell—were charged with conspiracy to pervert the course of justice, but each was found not guilty.

On 9 February 2005, Tony Blair, then Prime Minister of the United Kingdom, issued an apology to the families of the 11 people imprisoned for the bombings in Guildford and Woolwich, and those related to them who were still alive. He said, in part,:

“I am very sorry that they were subject to such an ordeal and injustice… they deserve to be completely and publicly exonerated.”

Hill had a televised meeting with the brother of murdered soldier Brian Shaw, who continued to accuse him.

He traveled to Colombia to attend the trial of the Colombia Three.

Gerry Conlon’s autobiography Proved Innocent was adapted into the Oscar and Bafta award-nominated 1993 drama In the Name of the Father, starring Daniel Day-Lewis, Emma Thompson, and Pete Postlethwaite. The film depicts Conlon’s attempt to rebuild his shattered relationship with his father, but is partly fictional – for example, Conlon never shared a cell with his father. He is reported to have settled with the government for a final payment of compensation in the region of £500,000.

His mother Sarah Conlon, who had spent 16 years campaigning to have the names of her husband and son cleared and helped secure the apology, died on 20 July 2008. Conlon has given support to Tommy Sheridan in relation to the charges brought against him. Conlon had been working to have the conviction of the Craigavon Two overturned prior to his death in June 2014.

Paddy Armstrong had problems with drinking and gambling. He eventually married and moved to Dublin.

Carole Richardson married and had a daughter soon after her release. She has since kept out of the public eye. Although it wasn’t reported at the time of Conlon’s death there are two reputable citations that record that Carole Richardson died in 2012.

The autobiography of the youngest member of the Maguire Seven, Patrick Maguire, My Father’s Watch: The Story of a Child Prisoner in 70s Britain was released in May 2008. It tells his story before, during, and after his imprisonment, and details its impact on his life and those of his family.

Gerry Conlon later joined a campaign to free the “Craigavon Two” – Brendan McConville and John Paul Wootton – convicted of the murder of a police officer in Northern Ireland. Conlon died at home in Belfast on 21 June 2014. His family issued a statement:  “He brought life, love, intelligence, wit and strength to our family through its darkest hours. He helped us to survive what we were not meant to survive.

We recognise that what he achieved by fighting for justice for us had a far, far greater importance – it forced the world’s closed eyes to be opened to injustice; it forced unimaginable wickedness to be acknowledged; we believe it changed the course of history”.

In terms of a legal aftermath, Sir John Donaldson went on to an illustrious judicial career and became Master of the Rolls, Head of the Appeal Court. The appeal case itself for R v Maguire 1981, is now the leading case for disclosure to the defence.