The Balcombe Street siege was an incident involving members of the Provisional Irish Republican Army (IRA) and the Metropolitan Police Service of London lasting from 6 to 12 December 1975. The siege ended with the surrender of the four IRA paramilitaries and the release of their two hostages. The events were televised and watched by millions.[1] 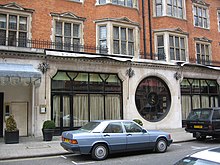 In 1974 and 1975 London was subjected to a 14-month campaign of gun and bomb attacks by the Provisional IRA. Some 40 bombs exploded in London, killing 35 people and injuring many more. In one incident the Guinness Book of Records co-founder and conservative political activist Ross McWhirter was assassinated; he had offered a £50,000 reward to anyone willing to inform the security forces of IRA activity.[2]

The four members of what became…