The Social and Democratic Labour Party (SDLP) was established. The first leader of the party was Gerry Fitt and the deputy leader John Hume. Other prominent members included, Paddy Devlin, Austin Currie, Ivan Cooper, Paddy O’Hanlon and Paddy Wilson. [The party effectively took over from most of the various Nationalist and Labour party groupings and became the main political voice of Nationalists in Northern Ireland until Sinn Fein began to contest elections in the early 1980s.]

The Irish Republican Army (IRA) exploded a large bomb, estimated at 500 pounds, near an Royal Ulster Constabulary (RUC) station in Kilrea, County Derry. The explosion causes damage to nearby homes and churches.

Gerry Adams, then President of Sinn Féin (SF), wrote a letter, seeking ‘open-ended discussions’, to the British and Irish governments and to political and Church leaders in Northern Ireland.

Hugh McKibben (21), then a member of the Irish People’s Liberation Organisation (IPLO), was shot dead at the Lámh Dhearg Gaelic Athletic Association (GAA) social club on the outskirts of Belfast. His was killed by the Belfast Brigade of the IPLO during an internal IPLO feud. Two other men were wounded in the attack. 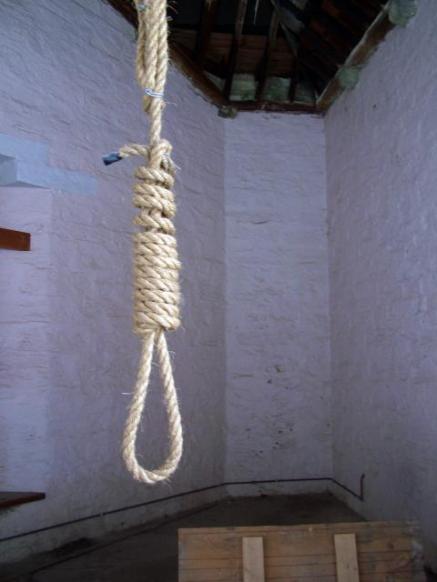 The remains of Tom Williams were exhumed from Crumlin Road Prison and handed over to his surviving family members. Williams had been a member of the Irish Republican Army (IRA) and was hanged in 1942 for the killing of Patrick Murphy a Constable in the Royal Ulster Constabulary (RUC).

Two men, Jackie Coulter and Bobby Mahood, were killed as the Loyalist paramilitary feud erupted into further violence. Coulter, who had Ulster Defence Association (UDA) connections and was an associate of Johnny Adair, died immediately at the scene. Mahood, who had been seriously wounded, died later in hospital.

Loyalist sources said that Mahood had Ulster Volunteer Force (UVF) connections but he opposed the Belfast Agreement and the policies of the Progressive Unionist Party (PUP). The killings were carried out by the UVF and were part of a feud between the UDA and the UVF.

In addition to the shootings there were also attacks on offices used by the two Loyalist parties closely associated with the UDA and the UVF. Troops were deployed on the streets of Belfast to try to control the situation.

[Seven people were killed during the feud which officially ended on 15 December 2000.]

Two pipe-bombs were thrown at two separate houses at Inchcolme Avenue, Ballymena, County Antrim, at about 12.30am (0030BST). The front door of one house was damaged and a window broken in the other house. There were no injuries in the two attacks.

[The RUC have not established a motive for the attacks.]

The Ulster Unionist Party (UUP) announced that it required more time to respond to the ‘Patten Report – Updated Implementation Plan 2001’ (issued on 17 August 2001). James Cooper, then Chairman of the UUP, said that:

“While we are not opposed in principle to nominations to the police board, we still have a number of concerns.”

The Democratic Unionist Party (DUP) also missed the British government’s deadline of midday in which to respond to the policing proposals.

[The DUP were critical of the new implementation plan and were expected to make a detailed response at a later date.]

John Reid, then Secretary of State for Northern Ireland, said that he believed that the new Police Board would be operational at the end of September 2001. Nigel Baylor (Rev), then Church of Ireland rector, criticised as “insulting” the Ulster Defence Association (UDA) parade and ‘show of strength’ on the Shankill Road in Belfast on Saturday 19 August 2001.

Baylor had led the service at the funeral of Gavin Brett (18), who had been shot dead by Loyalist paramilitaries on 29 July 2001.

[Although the Red Hand Defenders (RHD) had claimed responsibility for the killing most people blamed the UDA.]

The Guardian (a British newspaper) carried a report  on the results of an opinion poll on the future of Northern Ireland carried out by ICM in Britain. Of those questioned, 41 per cent stated that they thought there should be a united Ireland. Only 26 per cent felt that Northern Ireland should remain part of the United Kingdom (UK). The report stated: “For unionists, many of whom consider themselves British and refer to Britain as ‘the mainland’, today’s findings amount to a cold shoulder from their fellow citizens. Only one in four wants the province to stay part of the country.”

[This survey maked a significant shift in public opinion in Britain from the 1980s and 1990s when there was a majority in favour of Northern Ireland remaining within the UK.]

William Esson, then a reserve judge with the Bloody Sunday Inquiry, announced that he was resigning from the inquiry for reasons of ill health.

Killed by: Irish Republican Army (IRA)
Shot by sniper while travelling to work in his firm’s van, Scribbagh, near Garrison, County Fermanagh. The van driver, an off duty Ulster Defence Regiment (UDR) member, the intended target.