Cardinal William Conway, then head of the Catholic Church in Ireland, published a pamphlet on the topic of segregation in education in Northern Ireland.

Sean Russell (30), an off duty member of the Ulster Defence Regiment (UDR), was shot dead by members of the Irish Republican Army (IRA) in his home in Ballymurphy, Belfast.

[Russell was the first Catholic member of the UDR to be killed in the conflict.]

A British soldier died found days after being shot in Belfast.

The Irish Republican Socialist Party (IRSP) was formed following a split within the Official Sinn Féin (OSF). Among its leading members were Séamus Costello, leader of the IRSP, and Bernadette McAliskey, a former Member of Parliament (MP).

[The Irish National Liberation Army (INLA) was formed in 1975 and many people viewed it as the military wing of the IRSP.]

British PM in Dublin Summit Meeting A senior British government team comprised of Margaret Thatcher, then British Prime Minister, Lord Carrington, then Foreign Secretary, Geoffrey Howe, then Chancellor of the Exchequer, and Humphrey Atkins, then Secretary of State for Northern Ireland, went to Dublin for talks with Charles Haughey, then Taoiseach (Irish Prime Minister), and senior members of the Irish government.

It was agreed at the meeting to conduct joint studies on a wide range of subjects.

[This represented the first visit to Dublin by a British Prime Minster since partition in 1921. The phrase ‘totality of relationships’ was first used at this meeting. However it was later revealed that the constitutional position of Northern Ireland had not been discussed at the meeting.

William Whitelaw, then British Home Secretary, imposed a banning order on Gerry Adams, then Vice-President of Sinn Féin (SF), and Danny Morrison, then a leading member of SF. The order was imposed under the Prevention of Terrorism Act (PTA) and meant that Adams and Morrison could not enter Britain. The two men had received an invitation from the Greater London Council (GLC) to go to London for a series of meetings.

The Fair Employment Agency (FEA) found that Catholics were under-represented in the higher levels of the Northern Ireland Civil Service.

The Irish Republican Army (IRA) exploded a number of incendiary devices in shops in Blackpool and Manchester, England.

[Other firebombs exploded in the same cities on the following day.]

[It was alleged that Devine was a drug dealer and this was the reason why he was shot. On 11 December 1995 Joe Hendron, then SDLP MP, said that the killing of Devine constituted a breach of the IRA ceasefire.]

A soccer team based in west Belfast withdrew from an Irish Cup match against a Royal Ulster Constabulary (RUC) team. The withdrawal came after a ‘strong recommendation’ from Sinn Féin (SF) representatives.

The Taoiseach also made his first visit to the multi-party talks at Stormont and seemed to have healed a recent rift with the Ulster Unionist Party (UUP).

[The problem arose following comments made by David Andrews, then Irish Foreign Affairs Minister, about the powers of any future cross-border bodies.] 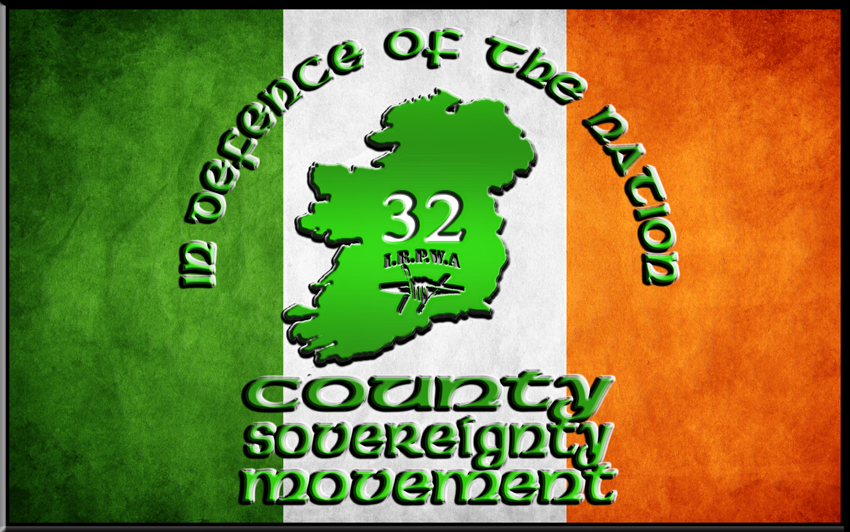 In Dublin a group of Republicans launched a new organisation called the 32 County Sovereignty Committee. One of the most prominent members was Bernadette Sands McKevitt, a sister of Bobby Sands who died on hunger strike on 5 May 1981. The new Committee opposed the stance of Gerry Adams on the peace process.

[Later a number of commentators were to associate the Committee with dissident Irish Republican Army (IRA) members who formed the ‘real’ IRA.

A leaked Northern Ireland Office (NIO) report shows that the number of families being forced to leave their homes because of intimidation is at its highest level since 1973. Efforts to find agreement on the setting up of departments and the North-South Ministerial Council continued in Dublin and London, as Bertie Ahern, then Taoiseach (Irish Prime Minister), warned that slippage beyond Monday 14 December 1998 would be “an awful mistake”.

In Washington President Clinton urged Northern Irish politicians to move the peace process forward, reminding them they should “obey not only the letter of the Good Friday Agreement but its spirit as well”.

Gerry Adams, then President of Sinn Féin (SF), called a press conference to reveal that a car he used during the review of the Good Friday Agreement had been bugged.

He said: “I feel shafted by the discovery of this”.

Tony Blair, then British Prime Minister, declined to comment on the matter. The Northern Ireland Assembly Committees met for the first time at Stormont, Belfast.

Samuel McBratney (42), a “computer expert” from Ballycraigy Ring, Larne, County Antrim, appeared before the high court in Belfast. McBratney was alleged to have helped Loyalist paramilitaries make pipe-bombs by downloading bomb-making information from the Internet. In addition to possessing incriminating computer records he also faced charges of possessing pipe-bomb components and of having four devices with intent to endanger life. A crown lawyer said police carried out a planned search of McBratney’s home last May and seized computer records, books and literature about making bombs, parts of pipe-bombs and 97 cartridges, the propellant used in the making of pipe-bombs.

The Ulster Freedom Fighters (UFF), a cover name (pseudonym) used by the Ulster Defence Association (UDA), announced that it had selected five members to meet with the Independent International Commission on Decommissioning (IICD). The announcement was made at a press conference which was addressed by six masked men in a hall close the Shankill Road, Belfast.

[The meeting took place on 10 December 1999.] David Trimble (UUP), then First Minister, was awarded the Legion of Honour by the French government at a ceremony in Paris. Robert Salters, then Grand Master of the Orange Order, was re-elected to the post.

The Civic Forum held its 8th plenary meeting in Cookstown, County Tyrone. The meeting called for additional funding to be made available to tackled sectarian tensions across Northern Ireland.

The American government announced that it would resume training officers from the Police Service of Northern Ireland (PSNI) following the suspension of the arrangements in 1999. The training had been suspended over concerns about the human rights record of officers in the Royal Ulster Constabulary (RUC). Any PSNI officers involved will have to be vetted to ensure they have not abused human rights in the past. The training will also include a component on human rights.

Brendan O’Leary (Prof.), then a Professor at the London School of Economics, said that partition was no longer “an internationally approved instrument” in attempting to resolve territorial disputes. O’Leary was speaking at a conference convened by the Keough Institute for Irish Studies in the University of Notre Dame, Indiana. He said that Northern Ireland had been persistently unstable and the United Kingdom had suffered the highest level of internal political violence of any established European democracy.

A teenage girl died four days after being shot during a gun attack on members of the Royal Ulster Constabulary (RUC).

An undercover British soldier, believed to be a member of the Special Air Service (SAS), and two members of the Irish Republican Army (IRA) were killed in an exchange of gun fire near Kesh, County Fermanagh.

The Anglo-Irish Intergovernmental Conference (AIIC) held a meeting in Dublin, Republic of Ireland. One of the outcomes of the meeting was a suggestion by the AIIC that there should be a single railway authority for the whole of Ireland.

There was a series of 46 bomb hoaxes in Belfast and Lisburn, County Antrim.

It was announced that 600 British soldiers serving with 45 Royal Marine Commando in Fermanagh had left Northern Ireland. The overall troop level in Northern Ireland was reported as being 17,000.

The Royal Ulster Constabulary (RUC) announced that all day-time foot patrols by the British Army were to be withdrawn from all parts of Belfast.

George Mitchell, then Chairman of the multi-party talks, said that the negotiations were getting down to “brass tacks”. His comment followed the introduction a system whereby each of the parties would be represented by two delegates, instead of the pervious five, at future discussions. Hugh Smyth, a Progressive Unionist Party (PUP) councillor, said that Sinn Féin (SF) should be given a share of posts on Belfast City Council

Tony Blair, then British Prime Minister, travelled to Belfast to try to aid the search for a deal on the issue of the setting up of departments and the North-South Ministerial Council. [By the time Blair left a number of commentators felt that agreement had been reached. However, any understanding that may have been reached soon fell apart with the Ulster Unionist Party (UUP) being blamed for stalling on the issue.]

Direct Rule came to an end as powers were devolved to the Northern Ireland Assembly (NIA).

[Devolution took effect as of midnight on 1 December 1999.]

At a meeting in Dublin at 9.00am the North-South Ministerial Council and the British-Irish Ministerial Council, as set out in the Good Friday Agreement, took effect. At the same time the Anglo-Irish Agreement (AIA) was replaced by the British-Irish Agreement. At 9.20am Articles 2 and 3 of the Irish Constitution were replaced by new Articles. Peter Mandelson, then Secretary of State for Northern Ireland, made a statement and David Andrews, then Irish Foreign Minister, also made a statement on the developments. At 3.00pm the new Executive of the Northern Ireland Assembly met for the first time. Present at the meeting were representatives of the Ulster Unionist Party (UUP), the Social Democratic and Labour Party (SDLP), and Sinn Féin (SF).

The Democratic Unionist Party (DUP) refused to attend. At 8.30pm the IRA issued a statement indicating that it would appoint a representative to meet the Decommissioning Body chaired by General de Chastelain.

[The new devolved government was suspended on midnight 11 February 2000 and direct rule re-introduced. The suspension covered the Northern Ireland Assembly, Executive, and other Institutions.]

Mary McAleese, then President of the Republic of Ireland, was in London for lunch with the Queen (Elizabeth II).

[There was speculation that the Queen might in the future visit the Republic of Ireland.]

A Catholic man was run down by a car as he stood on a pavement in the North Queen’s Street area of north Belfast. The car involved in the incident was found burnt out in the Loyalist Tigers Bay area. The man received head injuries, was knocked unconscious and was taken to hospital.

Eoin O’Brion, then a Sinn Féin (SF) councillor, said that it was a blatant attempt by Loyalist paramilitaries to murder a Catholic. There were disturbances in the Whitewell area of north Belfast. Catholic residents claimed that a Loyalist gang had attacked their homes. Police moved into the area and made two arrests. Police Service of Northern Ireland (PSNI) officers arrested four men who were travelling by car across the Foyle Bridge in Derry. The police said that several “items” were recovered. The bridge was closed for a while.

There was a special service of thanksgiving for the “service, dedication, sacrifice and leadership” of the Royal Ulster Constabulary (RUC). The service was held at St Anne’s Cathedral in Belfast and led by Robin Eames (Dr), then Archbishop of Armagh.

Killed by: non-specific Loyalist group (LOY)
Shot at her home, Flora Street, off Beersbridge Road, Belfast. Her Catholic husband was the intended target.