Two Royal Ulster Constabulary (RUC) officers were shot dead by the Irish Republican Army (IRA) in Belfast. [One of the officers was a Catholic and was the first Catholic member of the RUC to be killed during the conflict.]

Allan Quartermaine, a London insurance broker, was shot and mortally wounded in his chauffeur-driven car at traffic-lights in King’s Road, Chelsea, London. Quartermaine died a week later. It is believed that the Irish Republican Army (IRA) was responsible for the shooting. At the time police thought the shooting was a case of mistaken identity (McKee & Franey, 1988; p.84).

Four men were killed in the continuing feud between the two wings of the Irish Republican Army (IRA).

The Ulster Loyalist Central Co-ordinating Committee (ULCCC) issued a plan, ‘Ulster Can Survive Unfettered’, for the setting up of an Independent Northern Ireland.

‘Shoot to Kill’ Allegation Sean Burns (21), Gervaise McKerr (31), and Eugene Toman (21), all members of the Irish Republican Army (IRA), were shot dead by members of an undercover unit of Royal Ulster Constabulary (RUC) at a police check point on Tullygalley Road, Craigavon, County Armagh. None of the three men were armed at the time of the shooting.

[This shooting incident, together with other similar incidents where unarmed Republican paramilitaries were shot dead led to claims that the security forces were engaged in a ‘shoot to kill’ policy. This claim was officially denied.

The RUC claimed that the three men had driven through a Vehicle Check Point. There were similar incidents on 24 November 1982 and 12 December 1982. Eventually the British government set up the Stalker inquiry (later taken over by Sampson) into the incidents.] The first sitting of the new Northern Ireland Assembly took place at Stormont, Belfast. The Social Democratic and Labour Party (SDLP) and Sinn Féin (SF) did not take up their seats.

Dublin City Council in the Republic of Ireland voted for a resolution not to allow Sinn Féin (SF) to use the Mansion House for its annual Ard Fheis. The reason given was SF’s support for the Irish Republican Army (IRA).

Michael Ancram, then Political Development Minister at the Northern Ireland Office (NIO), held a meeting in London with representatives of the Ulster Unionist Party (UUP). This completed a series of bilateral meetings with the main political parties. The Democratic Unionist Party (DUP) published its proposals for the future of Northern Ireland in a document entitled Breaking the Log-Jam.

Proposals for the joint marketing of tourism by Northern Ireland and the Republic of Ireland were attacked by the Democratic Unionist Party (DUP).

The announcement that the Maze prison in County Antrim would close by the year 2000 if the Good Friday Agreement was fully implemented was greeted by anger by many Unionists.

[The closure of the Maze would have a large impact on security related jobs which are almost entirely held by Protestants.] 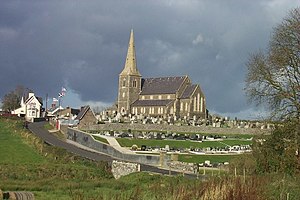 Joel Patton, then spokesman for the ‘Spirit of Drumcree’ group, was expelled from the Orange Order because of his outspoken criticism of William Bingham in July. Mary McAleese, then President of the Republic of Ireland, joined with Queen Elizabeth of England and King Albert of Belgium, at a ceremony in the Belgian village of Mesen (Messines Ridge) to commemorate the estimated 50,000 Irishmen (from north and south) who died during the first World War. The ceremony also marked the official opening of a peace tower (modelled on an Irish round tower) built by young people from the Republic of Ireland and Northern Ireland

Political talks that formed part of the Mitchell Review of the Agreement continued at Stormont in Belfast. There was speculation that a ‘sequence’ of events was being agreed which would include a Sinn Féin (SF) statement condemning violence and the appointment of an IRA interlocutor to negotiate with the Independent International Commission on Decommissioning (IICD) led by John de Chastelain. However Unionist opponents of the proposals said that it failed to guarantee short-term decommissioning. Ian Paisley, then leader of the Democratic Unionist Party (DUP), called on the Ulster Unionist Party (UUP) to overthrow David Trimble, then leader of the UUP, before he betrayed Unionists.

The Orange Order decided to halt disciplinary proceedings against Lord Dennis Rogan. Proceedings had been started because Rogan had attending the Catholic funeral of three victims of the Omagh bomb. Such participation in a Catholic ceremony is against the rules of the Orange Order.

Protestant Teenager Killed Glen Hugh Branagh (16), a Protestant teenager, was killed in north Belfast when a pipe-bomb he was holding exploded prematurely.

[It was later confirmed that Branagh was a member of the (Ulster) Young Militants (YM), the youth wing of the Ulster Defence Association (UDA). Members of YM were accused of killing a Protestant man, mistaken for a Catholic, during an attack on 31 March 2001.]

Police Service of Northern Ireland (PSNI) officers stated that during a riot a youth, wearing a distinctive top and mask, was seen as he was about to throw a pipe-bomb at the security forces on North Queen Street; the bomb went off while he was still holding it. The crowd then called the police officers forward to give medical assistance. Although treated at the scene Branagh died later in hospital. Two other men were injured in the explosion.

[Loyalists claimed that the bomb had been thrown by Nationalists and that Branagh had picked the device up. This claim was denied by PSNI officers who said they saw quite clearly what had happened.]

Prior to this incident there had been serious rioting in the area between rival Protestant and Catholic residents. Later in the evening there were further disturbances and police fired 9 plastic baton rounds. A Catholic girl (14) was injured when she was hit in the stomach by a plastic bullet.

Catholic residents also claimed that a boy (11) and a teenager (17) were also hit by plastic bullets. Twenty-four police officers and two British soldiers were injured during the rioting. There were several shooting incidents in Belfast during the evening and in the early hours of Monday 12 November 2001. A gunman fired a shot from a car at four youths sitting in a bus shelter on the Antrim Road, north Belfast. There were reports that a gunman had fired a shot into the Clarendon Bar, Garmoyle Street in the Docks area of Belfast at about 10.00pm (2200GMT). There were a series of events across Northern Ireland to mark Remembrance Day. Among the wreaths laid at memorials were, for the first time, ones on behalf of the Police Service of Northern Ireland (PSNI).