Brian Faulkner, then Chief Executive of the Northern Ireland Executive, travelled to Dublin for a meeting with Liam Cosgrave, then Taoiseach (Irish Prime Minister) following a ruling in the Dublin High Court. The ruling implied that the reunification of Ireland did not require the consent of the majority of people in Northern Ireland.

Tomás Ó Fiaich, then Catholic Primate of Ireland, was quoted in the Irish Press as saying: “I believe the British should withdraw from Ireland. I think that it is the only thing that will get things moving.” The comments drew a lot of criticism including from Ian Paisley, then leader of the Democratic Unionist Party (DUP), who called Ó Fiaich “the IRA’s bishop from Crossmaglen”. 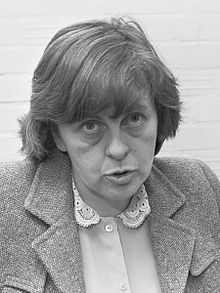 Bernadette McAliskey (formally Devlin) and her husband were shot and seriously injured in a gun attack in their home near Coalisland, County Tyrone. It was believed that members of the Ulster Defence Association (UDA) were responsible for the attack. Bernadette McAliskey was shot seven times in front of her children, but both her and her husband recovered from their injuries.

On 16 January 1981, she and her husband were shot by members of the Ulster Freedom Fighters, who broke into their home near Coalisland, County Tyrone. The gunmen shot Devlin fourteen times in front of her children. British soldiers were watching the McAliskey home at the time, but failed to prevent the assassination attempt.An army patrol of the 3rd Battalion, The Parachute Regiment, entered the house and waited for half an hour. Bernadette Devlin McAliskey claimed they were waiting for the couple to die. Another group of soldiers then arrived. The paramilitaries had torn out the telephone and while the wounded couple were being given first aid by the newly arrived troops, a soldier ran to a neighbour’s house, commandeered a car, and drove to the home of a councillor to telephone for help. The couple were taken by helicopter to hospital in nearby Dungannon for emergency treatment and then to the Musgrave Park Hospital, Military Wing, in Belfast, under intensive care. The attackers, Ray Smallwoods, Tom Graham (38), both from Lisburn, and Andrew Watson (25) from Seymour Hill, Dunmurry, were captured by the army patrol and subsequently jailed. All three were members of the South Belfast UDA. Smallwoods was the driver of the getaway car.

William Doyle, a County Court judge, was shot dead by members of the Irish Republican Army (IRA) as he left mass at a Catholic church in south Belfast.

Security forces in Holland raided a flat in Amsterdam and arrested two Republicans, Brendan McFarlane and Gerard Kelly, who had escaped from the Maze prison on 25 September 1983.

Peter Robinson, then deputy leader of the Democratic Unionist Party (DUP), pleaded guilty in a Dublin court to unlawful assembly. Robinson paid £17,500 in fines and compensation and was freed.

Two members of the Ulster Defence Regiment (UDR) were killed in separate incidents.

The case of the ‘Guildford Four’ was referred to the Court of Appeal.

John Taylor, then Ulster Unionist Party (UUP) Member of Parliament, called for an end to the Unionist boycott of talks with Northern Ireland Office ministers.

Tommy Lyttle, then leader of the Ulster Defence Association (UDA), appeared in court on charges relating to the Stevens Inquiry

Gerry Adams, then President of Sinn Féin (SF), gave an interview to the Irish News (a Northern Ireland newspaper) in which he called for “inclusive dialogue” and a new Irish-British agreement that would bring an end to partition.

The Sunday Independent (an Dublin based newspaper) contained a story about an alleged plan of the Ulster Defence Association (UDA) to carry out ‘ethnic cleansing’. The plan involved the repartition of Northern Ireland followed by the forced removal of Catholics from the remaining area.

SF Meeting With NIO Officials A delegation from Sinn Féin (SF) held a meeting with Northern Ireland Office (NIO) officials at Stormont. SF accepted that the party had an “influence” on paramilitary weapons.

Michael Ancram, then Political Development Minister at the Northern Ireland Office (NIO), later said that the decommissioning of Irish Republican Army (IRA) weapons was not a precondition to SF’s entry into substantive talks.

The case of Lee Clegg was referred to the Court of Appeal by Patrick Mayhew, then Secretary of State for Northern Ireland.

[Clegg had been released from prison in 1995 having served two years of a life sentence for the murder of Karen Reilly (16) on 30 September 1990.]

The trial of six men who had escaped from Whitmoor Prison collapsed due to “prejudicial publicity” from the London Evening Standard. The trial was being heard in the High Court in London.

Two members of the Ulster Defence Regiment (UDR) were killed in separate incidents.

It was announced that a commission involving the Orange Order and the Ulster Unionist Party (UUP) would be established to consider formal links between the two organisations.

There was a pipe-bomb attack on the home of a Catholic family in Coleraine, County Derry. A couple and their two children, aged seven and 13, were in the house at the Heights in Coleraine when the device exploded just after midnight. The attack was carried out by Loyalist paramilitaries.

British Army (BA) bomb disposal experts defused a pipe-bomb at the north Belfast home of the brother of Ronnie Flanagan, then Chief Constable of the Royal Ulster Constabulary (RUC). Loyalists paramilitaries were believed to be responsible for leaving the device in the front garden of the house on the Cavehill Road. No-one was in the house at the time.

Postal deliveries throughout Northern Ireland were again suspended as the Communication Workers Union, together with other trade unions, continued efforts to have Ulster Defence Association (UDA) death threats lifted.

Alan McQuillan, then Assistant Chief Constable of PSNI, met leaders of the Communication Workers Union in Belfast and give them an “honest assessment” of the threat issued by the Red Hand Defenders (RHD). Following the meeting the Belfast postal workers said they would return to work beginning with the first shifts on Thursday 17 January 2002.

The body of Stephen McCullough (39) was found at the bottom of Cavehill in north Belfast. It appeared that he had fallen from the top of a cliff. Initially the police said a crime was not suspected.

[Later (on 21 January 2002) it was revealed that McCullough was a member of the UDA. It was also revealed that hours before his death McCullough had told Royal Irish Regiment (RIR) soldiers and some police officers that he had information about the killing of Daniel McColgan (12 January 2002). Nuala O’Loan, then Police Ombudsman for Northern Ireland (PONI), began an investigation into the death of McCullough.]

Richard Haass, then a special advisor to the US President, travelled to Belfast for talks with John Reid, then Secretary of State for Northern Ireland, and also met members of the Northern Ireland Policing Board (NIPB). Haass also met representatives of Unionist political parties. Haass urged Sinn Féin (SF) to join the Policing Board saying it was in the party’s own interests to serve alongside the other political parties.

[The two DUP ministers had refused to serve on the Executive.]

Killed by: Ulster Defence Association (UDA)
Off duty. Shot while walking along Park Road, Ballynafeigh, Belfast. Assumed to be a Catholic.

Killed by: Irish Republican Army (IRA)
Off duty. Died one day after being shot while driving his car near to his home, Brackaville, Coalisland, County Tyrone.