It’s only right that the country should debate the consequences of the decision to step up our role in the mess that is Syria/Iraq and the insane actions  of IS and other global Islamic extremists.

Regardless of where you stand on the issues in question ( and there are many , both political and ethical ) spare a thought for the UK pilots ( and all pilots & other  personnel)  whom are now pawns in this new kind of war and will be flying over enemy territory as they take the fight to IS and their deluded followers.

How can anyone forget the brutal execution of Jordanian   pilot Muath Al-Kasasbeh , burnt alive in a cage after a demonic stage show that saw him make his past masked IS fighters lining the route to the cage that would be his final destination and brutal execution. 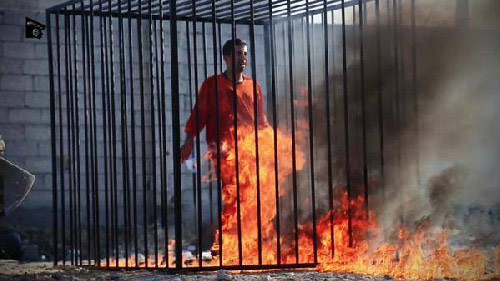