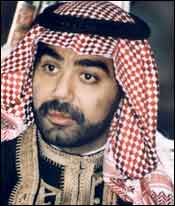 Following the United States-led invasion of Iraq in 2003, he was killed alongside his…