Patrick Mayhew, then Secretary of State for Northern Ireland, invited the political parties to engage in a series of bilateral talks.

John Alderdice, the leader of the Alliance Party of Northern Ireland (APNI), addressed his party conference in Belfast.

Marjorie (Mo) Mowlam, then Labour Party Spokesperson on Northern Ireland, announced that she was recovering from treatment for a brain tumour. [Mowlam made the announcement following press comments about her appearance, particularly her gain in weight.]

Representatives of Sinn Féin (SF) said that they needed a “period of consultation” with their membership before they could sign the Good Friday Agreement.

Bill Clinton, then President of the United States of America (USA), said that he would visit Northern Ireland if it would help ensure the success of the Agreement.

Efforts to break the deadlock over decommissioning resumed at Stormont with a series of meetings, including a round table session involving all the parties supporting the Good Friday Agreement. Prior to the resumption of talks, Marjorie (Mo) Mowlam, then Secretary of State of Northern Ireland, issued a statement.

Mitchel McLaughlin, then Sinn Féin (SF) chairman, also issued a statement claiming that the Hillsborough Declaration (1 April 1999) moved away from the Good Friday Agreement and as such, was formally rejected by SF.

The Declaration was also rejected by the Progressive Unionist Party (PUP).

The Northern Ireland Police Authority (NIPA) strongly defended Ronnie Flanagan, then Chief Constable of the Royal Ulster Constabulary (RUC), against allegations of “indifference” made in the report by the United Nations (UN) Special Rapporteur on 12 April 1999. The total number of prisoners released under the terms of the Good Friday Agreement was reported as being 257. 131 were Republican, 118 Loyalist, and eight had no classification. 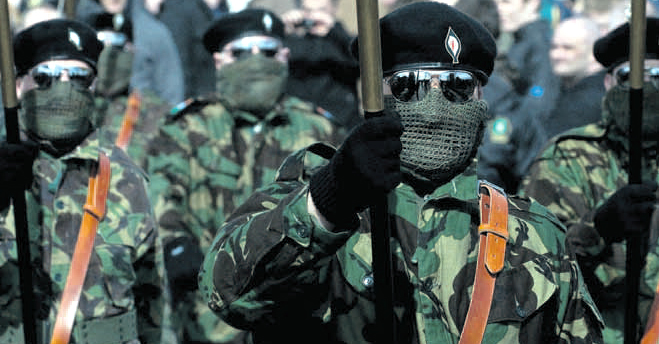 The “real” Irish Republican Army (rIRA) issued a statement to mark the 85th anniversary of the Easter Rising in Dublin. The statement read: “Partition has failed and those who attempt to uphold it will fail. As for republicans, we will continue to attack the problem at its root and make no apology for undertaking this necessary task.”#

Killed by: Irish Republican Army (IRA)
Off duty. Shot near to his home, Tynan, near Middletown, County Armagh.