The Cameron commission was established to consider the reasons for the unrest in Derry. 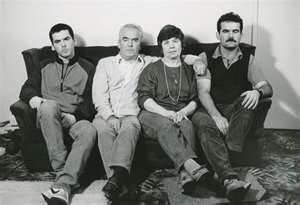 ‘Maguire Seven’ Convicted The trial of members of the Maguire family, known as the ‘Maguire Seven’, ended at the Old Bailey in London. They had been arrested on 3 December 1974. All seven defendents were found guilty of possession of explosives

(although none were found).

[This was one of a series of high profile cases of miscarriage of justice involving Irish people living in England. On 26th June 1991  the Magure Seven had their convictions quashed by the Court of Appeal in London.  On 9 February 2005 Tony Blair, then British Prime Minister, issued an apology to the Maguire Seven and the Guildford Four.]

[The British Government brought the Convention to an end on 5 March 1976.]

Brian Faulkner died in a riding accident during a hunt.

[Faulkner had been Prime Minister of Northern Ireland in 1971 to 1972 and had been Chief Executive in the power-sharing Executive of 1974.] [ Education. ]

A British soldier and a Protestant civilian searcher were both killed in an Irish Republican Army (IRA) gun attack on a British Army pedestrian checkpoint in Donegall Street, Belfast.

Humphrey Atkins, then Secretary of State for Northern Ireland, made a statement in the House of Commons in which he said that there would be no political status for prisoners regardless of the hunger strike. [ 1981 Hunger Strike.]

There was a widespread general strike, or ‘Day of Action’, in Northern Ireland in support of Unionist demands for the ending of the Anglo-Irish Agreement (AIA). Most aspects of life across the region were disrupted as factories and shops closed. Public transport including air travel was also affected.

[While many Protestants supported the strike and voluntarily stayed at home there was also a high level of intimidation with masked Loyalists setting up barricades. There were riots in Loyalist areas during the evening and night and shots were fired at the Royal Ulster Constabulary (RUC). Later RUC figures showed that there had been 237 reported cases of intimidation, 57 people arrested, and 47 RUC officers injured. The government and the security forces were later criticised for not keeping the main roads open and for not trying to end the intimidation.]

Michael Stone, the Loyalist gunman responsible for killing three mourners at Milltown Cemetery on 16 March 1988, was sentenced to prison for 30 years.

[Stone was released in 2000 under the terms of the Good Friday Agreement.]

The Ulster Volunteer Force (UVF) carried out a gun attack on a public house in Cappagh, County Tyrone, and killed four Catholic men.

[Some time later the Irish Republican Army (IRA) announced that three of its members had been killed in the attack. The fourth person killed was a Catholic civilian. As the men had only decided to go to the pub on the spur of the moment they were unlikely to have been the original target of the attack.]

Six Ulster Defence Regiment (UDR) soldiers were awarded undisclosed damages against Hugh Annesley, then Chief Constable of the Royal Ulster Constabulary (RUC), as a result of their arrest on 8 October 1989. The men had been arrested on the orders of the Stevens inquiry into allegations of collusion between the security forces and Loyalist paramilitary groups. 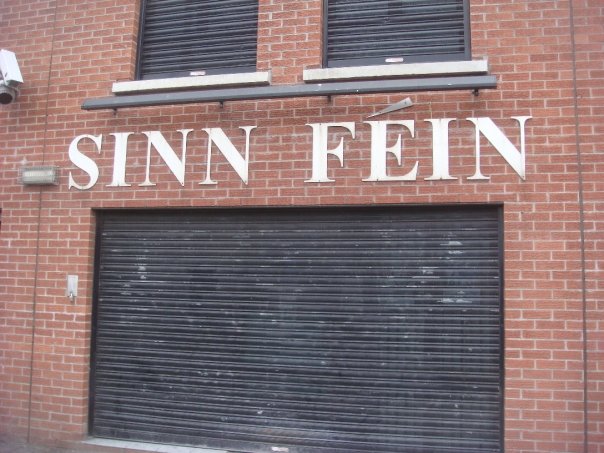 A bomb was found outside the office of Sinn Féin (SF) in Monaghan, Republic of Ireland. The bomb, which contained two and a half kilos of Powergel (a commercial explosive), was defused by members of the Irish Army.

[There was no claim of responsibility, but the Ulster Volunteer Force (UVF) was believed to be behind the attack. The UVF have used Powergel on a number of occasions. Representatives of the Progressive Unionist Party (PUP) insisted that the Loyalist ceasefire was intact. Later it was believed that this was one of a series of ‘no claim, no blame’ incidents, whereby paramilitary groups which were officially on ceasefire could carry out attacks without their political representatives being removed from the Stormont talks.]

There was a meeting of the British-Irish Parliamentary body held in Dublin. At the meeting Kevin McNamara, a former Labour Party spokesperson on Northern Ireland, said that Roisín McAliskey, then being held in prison awaiting a decision about extradition, had been strip-searched 75 times between 20 November 1996 and 16 February 1997, despite being pregnant. McNamara called for her release on bail.

Loyalist paramilitaries entered the pub and ordered the two men to lie on the floor and then shot them dead. The Loyalist Volunteer Force (LVF) was believed to be responsible for the killings which caused shock across Northern Ireland.

[The fact that the killings happened in a mixed community which had experienced little of the conflict had a profound impact on opinion in Northern Ireland.]

The Garda Síochána (the Irish police) discovered a car bomb, estimated at 600 pounds, in County Louth, which was believed to be in preparation for an attack by the Continuity Irish Republican Army (CIRA) in Armagh.

Jacques Santer, then President of the European Commission, announced that there would be an extra £88 million of funding for urban and rural regeneration in Northern Ireland. The announcement was welcomed by most political parties with the exception of the Democratic Unionist Party (DUP) who expressed concern at how the money would be spent.

Marjorie (Mo) Mowlam, then Secretary of State for Northern Ireland, signalled her willingness to delay the triggering of devolution until the end of March, although she warned against excessive delay in creating an Executive. Her comments came as Séamus Mallon, then Deputy First Minister Designate, called on the Irish Republican Army (IRA) to make a statement indicating that its campaign of violence was over.

He suggested that this would help to break the logjam over the decommissioning of paramilitary weapons.

The Red Hand Defenders (RHD) and the Orange Volunteers (OV), two groups which had claimed responsibility for attacks in recent months including two killings, were banned by the Secretary of State.

[In 2001 it became apparent that RHD was a cover name used by both the Ulster Defence Association (UDA) and the Ulster Volunteer Force (UVF).] Mowlam also announced that she has accepted the INLA’s six-month ceasefire as complete and unequivocal. The Belfast Telegraph (a Belfast based newspaper) published the results of an opinion poll it had commissioned. The poll showed that, of those who responded, 93 per cent of people wanted the Good Friday Agreement to work – this included 70 per cent of Democratic Unionist Party (DUP) supporters [the DUP opposed the Agreement].