Like the vast majority of Big Brother  viewers  (Ahem…. the wife makes me  watch it  ) and the Great British public I found the views and actions of ex-boxer come errr  politician  Winston McKenzie   offensive and hard to  watch and yet I felt a tiny bit of sympathy for him , but this was short lived.

The fact of the matter is BB knew all about his views before he entered the house and the producers/researcher’s must have been beside themselves with anticipation of it all kicking off – and they were not to be disappointed.

Homophobia is a hate crime and rightly has no place in a democratic and tolerant society such as the UK. The producers of BB knew that when Winston’s views were aired during the show last night the shit would hit the fan and Winston would be sent packing faster than a rat up a drain pipe.

And it was no surprise to anyone on planet earth that he was the 1st to be evicted from the house.

But BB are guilty of setting Winston up for a mighty fall and today’s Papers and social media are going into over drive as the country debates  the heinous crimes of a clueless Winston McKenzie .

The producers of the show should be ashamed of themselves for the way they have manipulated and edited the show and the fact that yesterdays task was the catalyst for Winston’s downfall left a sour taste in my mouth.

Its not the first time the show has acted in such a way and Helen Wood is testament  to the shows love of the a ” Pantomime baddie ” and the levels the producers are willing to sink to in order to get a few extra viewers and free nationwide publicity.

But should Winston have been included in the show in the first place ?

After all ,  I assume they  have a vetting process and under normal circumstances  anyone with Winston’s views would not have got passed the 1st hurdle in any other mainline show and yet he was signed up and permitted to take part in the show – despite BB knowing that his views about gays and his attitude towards women would offend all right minded people the length and breadth of the country.

Watching Emma doing the exit interview last night I noted that 90% of the questions were related to his homophobic  comments and Ms Willis was not happy and on a roll. The interview seemed more like a grilling by a hard nosed News reporter and Emma barley mentioned his time in the house apart from the obvious and nor did she follow the normal eviction formula.

Winston’s attitude towards women in the house was creepy  to say the least and uncomfortable to watch and his barely concealed homophobia  leads me to believe the man is obviously a few shillings short of a full deck and begs the question why  did he agree to enter the house in the first place?

Have years of being punched  in the head lead to a malfunction of normal rational behaviour and should his agent now be looking for a new job?

Despite the outcry over his comments and  his nethanderal attitude to modern life/families , I do feel that Winston is a victim of BB’s hysterical desire to increase viewing figures  and raise its profile and BB have stooped to new depths in inviting Winston to take part in the show and then hanging him out to dry when he delivered what they had prayed for when they signed him up.

Being homophobia and  a chauvinistic pig should have excluded Winston from getting anywhere near the show and BB should be ashamed of themselves for setting this fool up for such  a mighty fall on national TV and  trying to manipulate public opinion as a means of increasing the shows profile. 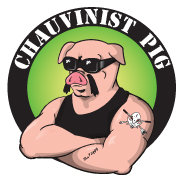