Remembering all victims of the 7/7 Bombings

Today as we remember the innocent victims of the 7/7 bombing my thoughts are with the families of those so callously murdered that day and the many injured, both physically and mentally who will live with the terrible events of that day for the rest of their lives.

The 52 victims were of diverse backgrounds; among them were several foreign-born British nationals, foreign exchange students, parents. Christian alongside Muslins and other faiths died for the twisted ideology of a few sick individuals. More than 700 more were also injured in the attacks.

Three of the bombers were British-born sons of Pakistani immigrants; Lindsay was a convert born in Jamaica. All had lived in our country and enjoyed our freedom and democracy and this made their betrayal all the more hard to stomach. 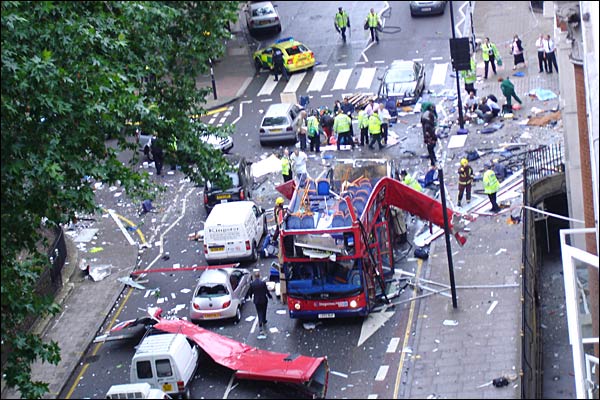 The investigation into the bombings found that both Mohammad Sidique Khan and Shehzad Tanweer had previously spent several months in Pakistan where it is very likely that they were in contact with Al-Qaeda and went through extensive extremist training. Regardless of where these animals were radicalised It is a sad truth that throughout history all terrorists fundamentally see themselves as altruists believing that they are serving a “good” cause designed to achieve a greater good for a wider constituency—whether real or imagined—which the terrorist and his organization or cell purport to represent.

For decades the IRA and other Republican terrorists waged a indiscriminate savage war against the British government and people and the British population were sadly familiar with the slaughter of the innocent and murder of members of their security forces on an industrial scale. That doesn’t mean we were immune to the almost daily attacks during the height of the troubles, but we learnt to live with it and day to day life continued in spite of the shock and horror of these terrorist outrages. The British people have long been able to move forward after such attacks and this resolve must surely send a message to all terrorist throughout the world. You can attack us, kill our people and hurt us but we will never give in to your demands and we will hunt you to the ends of the earth.

Hell has no fury like a vengeful British public.

Growing up in Loyalist Belfast during the worst years of the troubles I have seen things that no child should ever have to witness and I have lost count of how many bombs, bullets, murders and terrorist attacks that have affected me directly. As a child I was always fearful of the IRA and lived in a constant state of alertness for the next IRA attack and every car that backed fired was a bomb going off and I would “hit the deck”

Death stalked the streets of Belfast & Northern Ireland day in and day out and there was no escape from the madness that surrounded and engulfed us.

The communities from The Shankill , The Falls and surrounding areas arguable suffered most during the Troubles , as not only were we on the “frontline” of the sectarian divide , but the paramilitaries from both sides lived and operated among us. I have lost count of how many people I grew up with whom have been murdered, imprisoned or had their life’s destroyed as a direct result of the Troubles.

When I had finally had enough of the madness of Belfast I moved to London and began to build a better life for myself and was able to look forward to the future. Most of the people I met were friendly and accommodating and I made friends fast and learnt a bit about the world. However there was always an element of suspicion and mistrust in some people and this was largely because of my thick Belfast accent. I have lost count of how many times I have been in pubs or clubs in London and people have heard my accent and automatically came to the conclusion that I was either a member of the IRA or I sympathised with their cause.

This was extremely annoying to me and as I am very proud of my Protestant culture and heritage.

I was born British into a British country and I am extremely proud of my British & Unionist heritage That doesn’t mean I hate Catholics or wish harm on them, I don’t, it means I have a different point of view and democracy is all about freedom of choice and my choice is to maintain the Union with the UK and embrace and celebrate my loyalist culture and traditions.

I remember once I was working part time as a barman in a private members club in central London and the membership was largely made up of retired British army personnel. One day whilst working I noticed a guy at the end of the bar whom had no legs from the knee down. When I went to serve him, he started to abuse me and told me that his legs had been blown off in a bomb attack in Belfast and he hated all “Paddy’s”.

Not my problem I told him.

When he heard that I was from the Shankill Road his attitude changed and he even left me a large tip.

Another time there was a huge leaving do for someone high up in the British Army and the day before all these security force persons arrived and swept the place, I suppose making sure there were no bombs or terrorists hiding in the loo. When one of these guys heard my accent he came over and had a casual chat with me. Five minutes after they had completed the sweep the bar manager came over and told me to go home as I wasn’t needed anymore. I knew this to be a lie, as I had been called in last minute. The next day I got a call to say I wouldn’t be needed that day and furthermore they never used to again. I was a victim of discrimination due to my accent and there was nothing I could do about it.

The point I am trying to make is that at the minute there is a sense of suspicion and mistrust surrounding all Muslims and many British Muslins feel isolated and ostracised. I know from first hand experience what it feels like to be judge on your culture (Belfast Accent) and face prejudice on a regular basis.

British muslim’s need to stand up and be counted and let the rest of the UK know that they abhor the extremists and they will do everything in their power to steer their young away from the preachers of hate and bring these scum to the attention of the authorities. 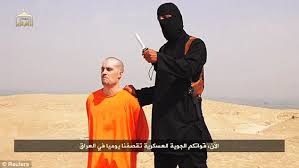 I can understand the mistrust and suspicion many white British people feel towards Muslims and Islam.  This is largely due to the actions of a few twisted individuals whom follow the Jihhad culture of death and can’t wait to claim their 72 Dark-Eyed Virgins when they arrive in heaven.

If there is a god and any justice the only thing waiting for them in heaven will hopefully be a nine hundred pound ugly transvestite, will long black teeth and short curly beards and a taste for sadistic torture and all of eternity to torment these scum of thee earth

To beat terrorism we must stand as one and send a clear message out to the Jihad death merchants and the message is this.

You will never defeat us and no matter how long it takes we will destroy you and your erase your twisted ideology forever!