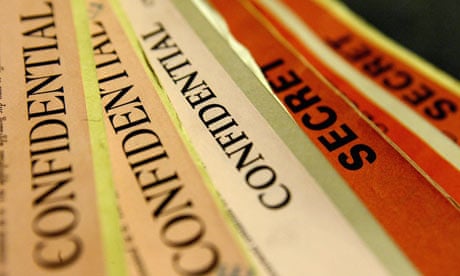 A man died two days after being shot during an Irish Republican Army (IRA) attack on the British Army (BA) in Belfast.

Humphrey Atkins, then Secretary of State for Northern Ireland, announced that he was going to invite the four main parties (Ulster Unionist Party, UUP; Democratic Unionist Party, DUP; Social Democratic and Labour Party, SDLP; and Alliance Party, APNI) to a conference held at Stormont to discuss potential political settlements. The UUP rejected the invitation and called on the government to introduce a system of two-tier local government. [At the time of the Atkins initiative there was little support for another round of talks and some commentators believed the initiative was a response to try to ease growing American pressure for action.]

By this date most Republican prisoners had ended their ‘blanket protest’.

Nineteen Republican prisoners appeared in court on charges related to the killing of a Prison Officer.

The Fair Employment Commission (FEC) announced that a Belfast company had been disqualified from receiving government contracts because it did not comply with the fair employment legislation. The company had failed to provide details of the religious composition of its staff.

The Ulster Volunteer Force (UVF) shot and killed Sean Fox (72), a Catholic pensioner, at his home in Harmin Park, Glengormley, near Belfast.

[After the killing the UVF rang a Belfast newsroom to claim responsibility and also stated that its members had spent over an hour interrogating Fox before killing him.]

A Catholic civilian died two days after being shot in Belfast. Thousands of (Protestant) workers from Harland and Wolff shipbuilders and the Shorts factory took time off work to walk to the scene of the Shankill Road Bombing.

Mary Robinson, then President of the Republic of Ireland, travelled to London for a first public engagement with the Queen. The meeting was to celebrate the 150th anniversary of the founding of Queen’s University, Belfast, University College, Cork, and University College, Galway. Evidence was heard in a Northern Ireland court, for the first time, in the trial of a man charged with attempted murder of the Republic of Ireland.

Patrick Mayhew, then Secretary of State for Northern Ireland, stated that there would be no concessions for Loyalist prisoners as a “reward” for the continuing ceasefire.

Glen Greer (28), a Protestant man, died in a car-bomb attack in Bangor, County Down. His killing was thought to have been part of a Loyalist feud. Greer was a father of three children and his partner was expecting a fourth child.

[The Royal Ulster Constabulary (RUC) blamed the breakdown in the Combined Loyalist Military Command (CLMC) ceasefire for this bombing and other violence between the Ulster Volunteer Force (UVF) and the Ulster Freedom Fighters (UFF).]

The Ulster Unionist Party (UUP) held their annual conference in Newcastle, County Down. There was some criticism of the fact that the UUP was participating in the multi-party talks. David Trimble, then leader of the UUP, said that the party would not accept “any Trojan horse that would be a vehicle that will trundle us into a United Ireland”.

A cache of weapons believed to belong to the dissident republican group the “real” Irish Republican Army (rIRA) was uncovered near Stamullen in County Meath, close to the spot where an underground firing range was discovered on 20 October 1999. Garda Síochána (the Irish police) said the new cache contained a type of rocket launcher – an RPG 18 – never before seen in arms finds on either side of the Border. Peter Mandelson, then Secretary of State for Northern Ireland, held a meeting with Ronnie Flanagan, then Chief Constable of the Royal Ulster Constabulary (RUC). Mandelson said the that the proposed Patten reforms would strengthen the police.

The Irish Republican Army (IRA) announced that it would permit a further inspection of some of its arms dumps. The IRA also stated that its representative would hold more talks with General John de Chastelain, then head of the Independent International Commission on Decommissioning (IICD).

The Democratic Unionist Party (DUP) announced that it was appointing two of its Members of the Legislative Assembly (MLAs) as Ministers in the Northern Ireland Executive. The DUP used the opportunity to rotate the two positions amongst its senior members. Peter Robinson, then deputy leader of the DUP, was appointed as Regional Development Minister, and Nigel Dodds, then DUP MLA, as Social Development Minister.

Killed by: non-specific Loyalist group (LOY)
Shot near to his home, at the junction of Oldpark Road and Ballynure Street, Belfast.

Killed by: Ulster Volunteer Force (UVF)
Killed by booby trap bomb, attached to his car, which exploded while driving along, Drumhirk Drive, Kilcooley, Bangor, County Down.