Key events & Deaths on this day in Northern Ireland Troubles

[Despite the ban Galvin appeared at rallies in Derry (9 August 1984) and Belfast (12 August 1984) where a Catholic civilian was killed by the Royal Ulster Constabulary (RUC).]

The Irish Republican Army (IRA) issued a statement threatening any civilians who worked for the Royal Ulster Constabulary (RUC) or the British Army (BA).

On 30 July 1986 the IRA killed a civilian contractor who worked for the RUC. On 5 August 1986 the IRA issued a further threat to people working with the security 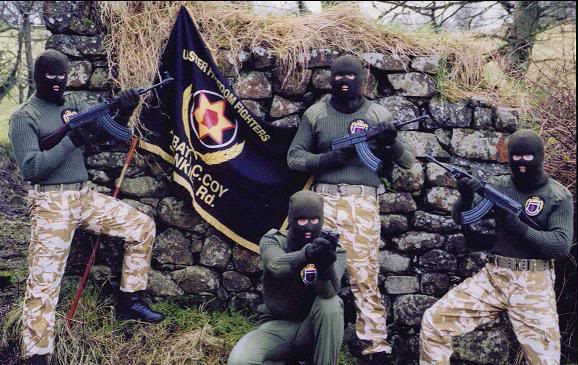 The Ulster Freedom Fighters (UFF) exploded seven incendiary devices in shops in the Republic of Ireland.

This brought the number of prisoners transferred to Northern Ireland to 21.

Patrick Mayhew, then Secretary of State for Northern Ireland, lifted a fund-raising ban on organisations suspected of having paramilitary links. The ban had been imposed 10 years earlier.

James Coopey (26) from County Down was charged with the murder of James Morgan on 24 July 1997.

[Later a second man was also charged with the killing.]

The Northern Ireland (Sentences) Act became law. The legislation allowed for the early release of paramilitary prisoners. Only prisoners who were members of organisations that were observing ceasefires could benefit from the legislation. Marjorie (Mo) Mowlam, then Secretary of State for Northern Ireland, declared that the Irish Republican Army (IRA), Ulster Defence Association (UDA), and the Ulster Volunteer Force (UVF), were inactive.

[There was criticism of this decision by those who highlighted continuing violence by these organisations.]

Ronnie Flanagan, then Chief Constable of the Royal Ulster Constabulary (RUC), announced that the Union Flag would not be flown outside RUC stations on public holidays.

Flanagan said that this would bring RUC policy on the matter into line with the rest of the United Kingdom (UK). [Some Unionists reacted angrily to the announcement.

As part of a government reshuffle of ministerial posts, John McFall replaced Tony Worthington at the Northern Ireland Office (NIO).

Marjorie (Mo) Mowlam, then Secretary of State for Northern Ireland, retained her position in a British government reshuffle that left all but one member of Tony Blair’s cabinet in place. Mowlam had earlier briefed journalists that she wanted to stay in post to complete the Good Friday Agreement. Peter Robinson, then deputy leader of the Democratic Unionist Party (DUP), called the decision “a disaster”, however, Nationalists welcomed the development.

Relatives of the 14 men shot dead and 13 people wounded by British soldiers in Derry on 30 January 1972 expressed disappointment at an Appeal Court ruling that the soldiers who opened fire would not be named during the proceedings of the Bloody Sunday Inquiry.

Died one day after being shot by sniper while sitting in parked car outside Starry Plough Bar, New Lodge Road, Belfast.

A statement on Internment, violence and the ill-treatment of detainees was released by the William Conway, then Catholic Cardinal of Ireland, and six Bishops. In a statement Cardinal Conway asked, ‘Who wanted to bomb one million Protestants into a United Ireland?’

Demonstrations were held in Belfast by Loyalists and Republicans in support of prisoners who were protesting about parole and food.

Roy Mason, then Secretary of State for Northern Ireland, marked the end of his first year in the region by stating that ‘the myth of British withdrawal from Northern Ireland’ was now dead.

A confidential discussion paper was leaked from the political talks (later known as the Brooke / Mayhew talks). It was claimed that the paper had been prepared by Patrick Mayhew, then Secretary of State for Northern Ireland, in an attempt to overcome a perceived lack of channels of communication between Northern Ireland and the Republic of Ireland.

[The paper was heavily criticised by Unionists and was later withdrawn when James Molyneaux, then leader of the Ulster Unionist Party (UUP), threatened to leave the talks. In particular Unionists were angered by certain phrases that had been used such as ‘an agreed Ireland’ as well as ‘powers to be exercised through North/South channels’. There were further leaks on 20 September 1992.]

Patrick Mayhew, then Secretary of State for Northern Ireland, gave a speech to the British Irish Association. Mayhew called for flexibility on the part of the political parties. The Democratic Unionist Party (DUP) published a policy document entitled ‘Breaking the Log-Jam’.

The Ulster Volunteer Force (UVF) planted a 1.5kg bomb on the Belfast to Dublin train. Only the detonator exploded and two people were injured. on 20 September 1992.

Mary Robinson, then President of the Republic of Ireland, had a number of engagements in Belfast. There were protests at one of the venues, a women’s centre on the Donegal Road, and the centre was later badly damaged in an arson attack. Michael Whelan (35), a Catholic man, was discovered beaten to death in the lower Ormeau area of Belfast. The Royal Ulster Constabulary (RUC) later said the motive for the killing was sectarian.

Tony Blair, then British Prime Minister, issued a statement calling on David Trimble, then leader of the Ulster Unionist Party (UUP), to remain in the multi-party talks at Stormont. Mary Robinson formally resigned as President of the Republic of Ireland. She took up a new position as High Commissioner for Human Rights at the United Nations.

Ronnie Flanagan, then Chief Constable of the Royal Ulster Constabulary (RUC), speaking on ‘Sunday With Adam Boulton’ on Sky News, said the threat from dissident Republicans was growing. Groups such as the ‘real IRA’ were regrouping and posed a threat, especially in border areas, he said. There was a sectarian attack by loyalists on the home of Danny O’Connor, then Social Democratic and Labour Party (SDLP) MLA. A group of loyalists had gathered outside his home shouting threats and causing damage to his car. It was the third sectarian attack on his home in three months.

British army bomb disposal experts defused a pipe-bomb thrown through the window of a house in the upper Shankill on Sunday night. The house on the Ballygomartin Road was unoccupied when the device and a petrol bomb were thrown through the living room window at around 11.00pm.

A pipe-bomb was thrown at the home of a Loyalist politician during an outbreak of violence on the Loyalist Shankill Road area of Belfast. Billy Hutchinson, Progressive Unionist Party (PUP) Assemblyman, was at the scene of the attack when a device was thrown at his home in the Shankill area. Hutchinson’s wife and father-in-law had to be moved from the house and other nearby homes were evacuated.

There was a bomb attack at 12.30am (0030BST) on an Royal Ulster Constabulary (RUC) patrol in Derry. Three RUC officers were investigating a burning car at a building site when a bomb exploded at the side of the road. The officers were treated for shock.

[The attack was thought to have been carried out by dissident Republican paramilitaries.]

The Loyalist protest at the Holy Cross Girls’ Primary School followed the pattern of Monday and Tuesday. However, before going to the school the children and parents held a a prayer service and a minute’s silence for the victims of the terrorist attacks in the United States of America (USA) on 11 September 2001.

Richard Haass, then a United States special envoy, had a series of meetings with political leaders in Northern Ireland. Bertie Ahern, then Taoiseach (Irish Prime Minister), announced that Friday would be a national day of mourning for the victims of the terrorist attacks in the USA.

Ronnie Flanagan, then Chief Constable of the Royal Ulster Constabulary (RUC), announced that the target of 50:50 recruitment of Catholics and Protestants to the new Police Service of Northern Ireland (PSNI) was being achieved. New policing legislation following recommendations in the Patten Report had laid down 50:50 recruitment rule. During the first phase of the application process 8000 people had applied for jobs of whom 550 were deemed qualified and a minimum of 260, possibly as many as 300, would be offered places on the trainee program.

[The first recruits to the PSNI will begin their training in the period between 14 October and 4 November 2001. They are expected to be on duty by the spring of 2002.]