A number of huts in the Maze Prison were destroyed by fires which had been started by Republican prisoners. British troops were called into the prison to re-establish control. 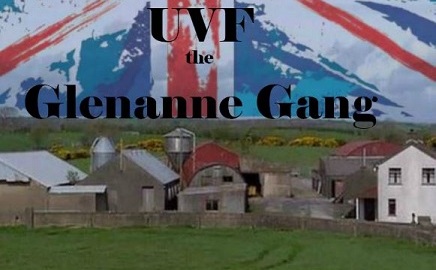 The Economic and Social Research Institute, based in Dublin, Republic of Ireland, published the results of an opinion poll that had been carried out between July and September 1978. One finding in the poll was that 21 per cent of people in the Republic expressed some level of support for the Irish Republican Army (IRA).

Noel Lyttle (44) and Ronnie Bunting (32), both members of the Irish Republican Socialist Party (IRSP), were killed by the Ulster Freedom Fighters (UFF) in the Turf Lodge area of Belfast.

[Bunting was the son the Major Ronald Bunting who had been a close associate of Ian Paisley.]

The Irish Republican Army (IRA) issued a statement in which it said that it would support Sinn Féin (SF) in the decision to end the policy of ‘abstentionism’. [This policy meant that any member of SF elected to the Dáil would refuse to take the seat. The policy was debated by SF at its Ard Fheis on 2 November 1986.]

Jim Craig, a leading member of the Ulster Defense Association (UDA), was shot dead by members of the Ulster Freedom Fighters (UFF) in a pub in Belfast. Victor Rainey, an innocent member of the public was also shot dead and four people injured in the same incident. Craig was killed as part of an internal UDA feud.

A bill that would have endorsed the MacBride principles was vetoed by the Governor of California, United States of America (USA).

The Equal Opportunities Unit of the Northern Ireland Office (NIO) reported that Catholics were fairly represented in most levels of the Northern Ireland Civil Service, the exception being in those posts at a senior level. A number of workers from the Shorts factory attended a protest meeting following the killing of Joseph Reynolds on 12 October 1993. Reynolds, a Catholic civilian, was shot dead by the Ulster Freedom Fighters (UFF), a cover name (pseudonym) used by the Ulster Defence Association (UDA), as he walked to work at Shorts. Five other workers were also injured in the attack.

Cecil Walker, then Ulster Unionist Party (UUP) Member of Parliament (MP), announced in an interview that he would stand as an independent candidate in any forthcoming general election if he was deselected by his local constituency group. David Trimble, then leader of the Ulster Unionist Party (UUP), denied that he was involved in any effort to have Walker deselected.

Loyalist paramilitaries threw three pipe-bombs at a Catholic home in Newington Street, north Belfast, shortly after 10.00pm (22.00BST). Two of the devices exploded and the third was made safe by the British Army. No-one was injured but a number of windows were broken. The attackers were believed to have come from the Loyalist Tiger’s Bay area. Security forces found eight pipe-bombs in Cavehill Country Park, Upper Hightown Road, north Belfast.

A number of component parts for bombs and a handgun were also recovered. Bryce Dickson, then Chief Commissioner of the Northern Ireland Human Rights Commission, visited called for an end to the Loyalist protest at the Holy Cross Girls’ Primary School in Ardoyne, north Belfast. He said that:

“The treatment of these children is inhumane and their right to effective education is being affected.” Protestant parents living in north and west Belfast said that there had been increasing numbers of attacks on buses carrying pupils from the Girls’ and Boys’ Model secondary schools, Belfast Royal Academy, and Castle High School. The parents called for additional security measures to protect their children. Some parents said that they would walk their children to school if the police were unable to protect them.

Ian Paisley, then leader of the Democratic Unionist Party (DUP), said that Irish Republican Army (IRA) decommissioning would only be accepted by Unionists if it was verified, permanent, and followed by the dismantling of the IRA organisational structures. David Trimble, then leader of the Ulster Unionist Party (UUP), held a meeting with Richard Haass, then a United States special envoy, in Washington, USA.

Trimble described the meeting as “constructive”. Fred Cobain, then Member of the Legislative Assembly (MLA) for north Belfast, revealed that he had secret talks with leaders of the Ulster Defence Association (UDA) during the summer of 2001.

Killed by: not known (nk)
Died one week after being shot while in the garden at his home, Norglen Crescent, Turf Lodge, Belfast.