I love history and watching the ITV drama Victoria I was curious about Lady Flora Hasting and her background and therefore I decided to look her up and learn a bit more about her. If like me your a history addict and need to know more about the people and places that came before us – see below for more details on this unfortunate woman’s story.

Lady Flora Elizabeth Rawdon-Hastings (11 February 1806 – 5 July 1839) was a British aristocrat and lady-in-waiting to Queen Victoria‘s mother, the Duchess of Kent. Her death in 1839 was the subject of a court scandal that gave the Queen a negative image.

Lady Flora was born to Francis Rawdon-Hastings, 1st Marquess of Hastings (1754–1826) and his wife, Flora Mure-Campbell, 6th Countess of Loudoun (1780–1840). Her siblings were George, Sophia, Selina and Adelaide. 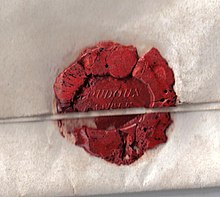 Wax seal on a letter written by Hastings 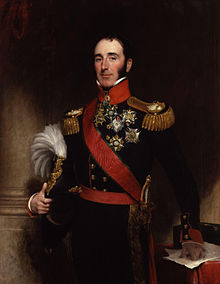 The unmarried Lady Flora was alleged to have had an affair with John Conroy, the “favourite” and also suspected lover of the Duchess of Kent.

As the Duchess of Kent’s lady-in-waiting, Hastings was party to Conroy’s infamous Kensington System by which he colluded with the Duchess to keep Victoria isolated from her Hanoverian uncles. For these reasons, the young Victoria hated and suspected Hastings, and was open to any accusation that could be laid at the feet of Conroy or his aides.

Once she ascended the throne in June 1837, Victoria made every attempt to keep her mother’s household, including Hastings and Conroy, away from her in distant parts of Buckingham Palace. It was only later, after Conroy’s departure and the birth of Victoria’s first child, that Prince Albert was able to effect a reconciliation between Victoria and the Duchess of Kent.

Sometime in 1839, Hastings began to experience pain and swelling in her lower abdomen. She visited the queen’s physician, Sir James Clark, who could not diagnose her condition without an examination, which Hastings refused. Clark assumed the abdominal growth was pregnancy, and met with Hastings twice a week from 10 January to 16 February.[1] As Hastings was unmarried, his suspicions were hushed up. However, her enemies, Baroness Lehzen and the Marchioness of Tavistock (better known as the inventor of afternoon tea) spread the rumour that she was “with child”, and eventually Lehzen told Melbourne about her fears. On 2 February, the queen wrote in her journal that she suspected Conroy, a man whom she loathed intensely, to be the father

Lady Flora felt that she had to defend herself in public, publishing her version of events in the form of a letter which appeared in The Examiner, and blaming “a certain foreign lady” (Lehzen) for spreading the rumours.

The accusations were proven false when Lady Flora finally consented to a physical examination by the royal doctors, who confirmed that she was not pregnant. She did, however, have an advanced cancerous liver tumor, and had only months left to live. With only two months to live, Lady Flora wrote in 1839 to her mother on the subject of the upcoming Eglinton Tournament, expressing her concern that one of the knights might be killed in the violent sport.

Lady Flora died in London on 5 July 1839, aged 33.  She was buried at Loudoun Castle, her family home. Conroy and Lord Hastings, her brother, stirred up a press campaign against both the Queen and Doctor Clark which attacked them for insulting and disgracing Lady Flora with false rumours and for plotting against her and the entire Hastings family.

Published in the Morning Post, their campaign also condemned the queen’s “fellow conspirators”, Baroness Lehzen and Lady Tavistock, as the guilty parties who had originated the false rumour of pregnancy.

These attempts fell far short of their goals of discrediting the queen and forcing her to appoint Conroy to some post close to her person. Victoria remained adamant that Conroy should never be close to the throne in any fashion. The next year, her marriage and subsequent pregnancy restored her to popular favour. Victoria remained haunted by guilty memories of Lady Flora, having nightmares about her for years afterwards.

Hastings was also a poet; her work, Poems by the lady Flora Hastings, was published posthumously in 1841 by her sister Sophia (mother of John, Marquess of Bute).

Lady Flora was portrayed in the 2009 film The Young Victoria by Irish actress Genevieve O’Reilly.