Three members of the Irish Republican Army (IRA) were killed when a bomb they were transporting exploded prematurely on the Gortin Road, near Omagh, County Tyrone.

A Protestant civilian was shot dead by Loyalists in Belfast.

The attack was carried out by a group called the Republican Action Force (RAF), believed to be a covername for some members of the Irish Republican Army (IRA).

The Democratic Party in the United States of America (USA) adopted as policy a proposal put forward by Edward Kennedy, then a Senator. The new policy called for an end to the divisions of the Irish people and a solution based on the consent of all of the parties.

The United States of America (USA) and the United Kingdom (UK) sign a bilateral treaty that would prevent people facing extradition from claiming that their crimes had a political motive.

The motion was supported by the Liberal Democrats, and the Welsh and Scottish Nationalist parties. However the government opposed the motion which failed to gain sufficient suppport.

The Royal Ulster Constabulary (RUC) carried out a search of a house in Dunmurray, Belfast, and found a number of AK47 rifles.

The police had earlier gone to the wrong address.

Colin Duffy was charged with the murder of two RUC officers in Lurgan on 16 June 1997. Duffy’s solicitor alleged that the RUC had mistreated Duffy while in custody.

The British and Irish governments announced that they were giving the Irish Republican Army (IRA) a period of five weeks during which to call an unequivocal ceasefire.

Following any ceasefire a further period of six weeks would then elapse before Sinn Féin (SF) could enter the talks at Stormont when they resumed on 15 September 1997. The talks were scheduled to conclude in May 1998.

[SF later called for “clarification” of the statement but were told that they would not be given any.]

Marjorie (Mo) Mowlam, then Secretary of State for Northern Ireland, rejected demands for an Inquiry into the killing of Billy Wright inside the Maze Prison on 27 December 1997. 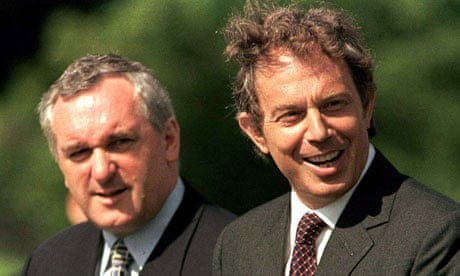 Tony Blair, the British Prime Minster, and Bertie Ahern, then Taoiseach (Irish Prime Minister), travelled to Belfast for a series of meetings at Stormont with the political parties.

[These meetings were held prior to a week of intensive negotiations, beginning on Monday 28 June. The deadline for overcoming the political impasse had been set for 30 June.]

Two British soldiers were killed in a land mine attack near Cullyhanna, County Armagh.. An IRA member was shot dead during an exchange of gunfire with RUC officers.

Two members of the Irish Republican Army (IRA) were killed in a premature explosion near Strangford, County Down.

[The ceasefire was to last officially until 23 January  however there were a number of incidents during 1975 involving members of the IRA. During the period of the ceasefire the British government and the Northern Ireland Office (NIO) denied that a deal had been made with the IRA. Sinn Féin (SF) and the IRA said a 12 point plan had been agreed with the British. Some of the elements of this alleged deal were to become apparent such as the setting up of ‘incident centres’ and a reduction in security force activity in Nationalist areas.]

Those members of the Irish Republican Army (IRA) who were arrested at the end of the Balcombe Street siege in London were convicted of six murders.

[The Balcombe Street siege had begun on 6 December 1975.]

Betty Williams, one of the founding members of the Peace People, resigned from the organisation for family reasons.

[There was speculation that there had been serious disagreements among the main members of the organisation. On 5 March 1980 another member of the Peace People, Peter McLachlan, also resigned.]

An opinion poll published in the Daily Express (a British newspaper) found that 61 per cent of the British public were in favour of British withdrawal from Northern Ireland.

A Royal Ulster Constabulary (RUC) patrol came under gunfire on the Shankill Road, Belfast. The shooting incident was attributed to the Ulster Defence Association (UDA) which, it was claimed, was resentful of the work of the Stevens Inquiry.

Hugh Annesley, then Chief Constable of the RUC, issued a strategy document for the future of the RUC.

Albert Reynolds, then Taoiseach (Irish Prime Minister), nominated Gordon Wilson to become a member of the Irish Senate (the upper house of the Irish Parliament).

[Gordon Wilson had been injured, and his daughter killed, in the Enniskillen bomb on 8 November 1987.]

It is not clear which organisation was responsible for the killing

John Bruton, then Taoiseach (Irish Prime Minister), announced that the Irish Government was breaking off ministerial contact with Sinn Féin (SF) in the light of the Irish Republican Army (IRA) bombing in London on 9 February 1996.

The Irish Republican Army (IRA) left a large bomb on the outskirts of Strabane, County Tyrone. The bomb was defused by the British Army.

Ed Turner, then Ulster Unionist Party (UUP) mayor of Strabane, said that in light of the attempted bombing he would not be recommending anyone to invest in the town. His statement drew criticism from Nationalists. Gerry Adams, then President of Sinn Féin (SF), sent a fax to John Major, then British Prime Minister, requesting talks between SF and the British government.

Robert Dougan (38), a leading Loyalist, was shot dead in Dunmurry near Belfast.

[It was believed that Dougan was a leading member of the Ulster Defence Association (UDA). While no group claimed responsibility for the killing Republican paramilitaries were involved and the Irish Republican Army (IRA) were later blamed by the Royal Ulster Constabulary (RUC) for the death. The killing of Dougan (and Brendan Campbell on 9 February 1998) led to the expulsion of Sinn Féin (SF) from the multi-party talks on 20 February 1998.] 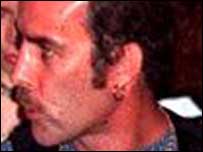 Mark Fulton, considered to be a leading Loyalist figure, was attacked by a gunman who fired two shots at him in the Redmondville estate, Portadown, County Armagh. Fulton escaped injury but blamed the Ulster Volunteer Force (UVF) for the attack. This claim was denied by David Ervine, then leader of the Progressive Unionist Party (PUP).

The Belfast Telegraph (a Belfast based newspaper) published the results of an opinion poll. The poll showed that, of Ulster Unionist Party (UUP) supporters questioned, 63 per cent approved of David Trimble, then leader of the UUP.

There was a pipe-bomb attack on a Catholic home in Derry. A couple and their two nieces, aged five and three, escaped injury when the device was thrown through the kitchen window of their home in the Waterside area. It exploded, causing minor damage to the house. The attack was carried out by Loyalist paramilitaries.

There was stone throwing in the Arthur Bridge area of the Whitewell Road, north Belfast. The disturbances happened during the evening and followed on from rioting on Saturday (9 February 2002).

Pupils from the Holy Cross Girls’ Primary School in Ardoyne, north Belfast, travelled to County Galway to begin a holiday as guests of Peacock’s Hotel. The management of the hotel had made the offer of the holiday following incidents during 2001 when the school was blockaded by Loyalist protesters.