The body of a man who had been shot dead was found in Belfast.

Two Royal Ulster Constabulary (RUC) officers, Peter Gilgun (26) and David Montgomery (20), were shot dead in an attack on their patrol car in the Creggan Road, Derry.

The Democratic Unionist Party (DUP) association in Derry announced that it was going to hold a public religious rally at the same place, on the same date and at the same time, as the civil rights march planned for 30 January 1972.

The British Army and the Irish Republican Army (IRA) were engaged in gun battles near Forkhill, County Armagh. British troops fired over 1,000 rounds of ammunition. 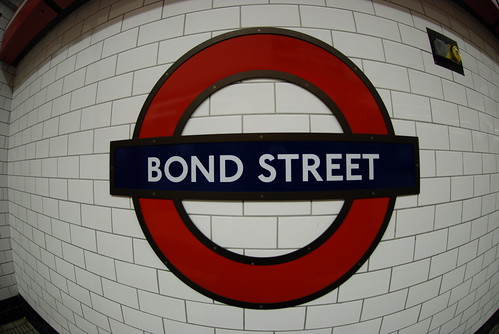 The Irish Republican Army (IRA) planted seven time bombs at locations across London. At 6.30pm a bomb exploded at Gieves, the military outfitters, in Old Bond Street. At 9.30pm bombs exploded at the Moreson chemical plant in Ponders End and a disused gas works in Enfield. Only minimal damage was caused by these two bombs.

The IRA also exploded a bomb in Manchester which injured 26 people.

Two Protestant civilians were shot dead during a gun attack on Farmer’s Inn, Dunmurry, near Belfast. The attack was carried out by Republican paramilitaries.

The coalition government of Fine Gael (FG) and the Irish Labour Party in the Republic of Ireland collapsed when independent Teachta Dála (TDs; members of Irish Parliament) voted against proposed tax increases on items such as petrol, alcohol, and tobacco.

[Richard Needham, then a Northern Ireland Office (NIO) Minister, later announced that £25 million would be redirected from social and economic schemes to pay compensation for the damage.]

Peter Brooke, then Secretary of State for Northern Ireland, announced that it was not possible at that time to launch “fresh substantive talks

The Ulster Freedom Fighters (UFF), a cover name (pseudonym) used by the Ulster Defence Association (UDA), shot dead John Doherty, (51), a Catholic civilian, in his home in the Ormeau Road, Belfast. The RUC shot dead a Protestant civilian during an attempted robberin in County Down.

The Irish Republican Army (IRA) carried out a ‘rocket’ attack on a Royal Ulster Constabulary (RUC) Landrover patrol in Toomebridge, County Antrim. There were no injuries.

Patrick Mayhew, then Secretary of State for Northern Ireland, said that representatives of the Progressive Unionist Party (PUP) and Ulster Democratic Party (UDP) could remain at the Stormont talks. Mayhew also warned the IRA that “we will pursue you with every means open to us under the law”.

It was reported on the British Broadcasting Corporation (BBC) programme Newsnight that the Northern Ireland Office (NIO) had commissioned a television advertisement which compared the situation in Northern Ireland to that in Nazi Germany.

[Following complaints that the comparison was misleading the advertisement was dropped.]

Three Irish Members of the European Parliament (MEPs) paid a visit to Roisín McAliskey in Holloway prison, England. McAliskey, who at that time was six months pregnant and was being held prior to a decision about her possible extradition to Germany.

A Catholic man, employed by a taxi firm in North Belfast, escaped death when the weapon used by a Loyalist gunman jammed. The attack took place at around 3.00am and the Loyalist Volunteer Force (LVF) was believed to be responsible.

The Northern Ireland Council for Voluntary Action (NICVA) announced that the LVF had issued death threats against a number of Catholic cross-community workers in the mid-Ulster area.

The funeral took place of John McColgan in Belfast.

Second day of the multi-party talks at Lancaster House in London. The British and Irish governments introduced a new discussion document on the proposed nature of cross-border bodies. While the Social Democratic and Labour Party (SDLP) and Sinn Féin (SF) welcomed the document, the Ulster Unionist Party (UUP) rejected the proposals as a move back to the Framework Document.

At a press conference Jeffrey Donaldson, then UUP Member of Parliament (MP), tore up a copy of the Framework Document which prompted some laughter from David Trimble, then leader of the UUP.

[When this item was reported in the news it followed emotional scenes of the funeral of John McColgan and led to a number of protests about the behaviour of the two UUP MPs.]

The two governments also issued a document on the proposed east-west structures (Council of the Isles). The governments said that it was up to the parties to hammer out an agreement on the basis of the papers before them. Following the main session of the day, Tony Blair, then British Prime Minister, went to Lancaster House in the evening to meet with all the parties and to urge them to engage with each other and to reach a compromise.

Between June and November of 1997 the Irish government had contributed £1.4 million towards the costs of the talks process. Five Labour Members of Parliament (MPs) held a meeting in Derry with relatives of the victims of ‘Bloody Sunday’. [An announcement of a new inquiry into the events in Derry on 30 January 1972 was made on 29 January 1998.]

Eamon Collins, a former member of the Irish Republican Army (IRA), was found dead near his home on the outskirts of Newry, County Down.

[Due to his injuries it was initially thought that he had been the victim of a traffic accident, however it was later confirmed that he had been beaten and stabbed to death. Collins had acted as an informer on behalf of the security forces. He was also the author of a book entitled ‘Killing Rage’ that described his involvement with the IRA.

No group admitted responsibility for the killing although Republican paramilitaries were thought to have been involved.

Ian Paisley, then leader of the Democratic Unionist Party (DUP), used the protection of parliamentary privilege to name 20 people he claimed were involved in the Kingsmills killings on 5 January 1976.

Paisley claimed that the people were named in internal Royal Ulster Constabulary (RUC) documents of the time.

[The RUC later denied that the information came from a police dossier.]

The Conservative Party introduced a motion in the House of Commons calling for an end to the early release of paramilitary prisoners until ‘punishment’ attacks had stopped. The motion was defeated.

There was a petrol bomb attack on the home of a Catholic family in the Serpentine area of north Belfast. The family escaped injury. The householder claimed that there had been over 20 attacks on the house in the previous 18 months. He stated that the attacks were because the family were Catholic and also because he was a trade union representative.

There was a ceremony in the Waterfront Hall, Belfast, to remember the victims of the Holocaust. The event was attended by David Trimble (UUP), then First Minister, and Mark Durkan (SDLP), then Deputy First Minister. The ceremony marked the 57th anniversary of the liberation of the Nazi concentration camp at Auschwitz.

See The Holocaust history and background

Killed by: non-specific Republican group (REP)
Found beaten and stabbed to death, at the junction of Watsons Road and Dorans Hill, Newry, County Down.