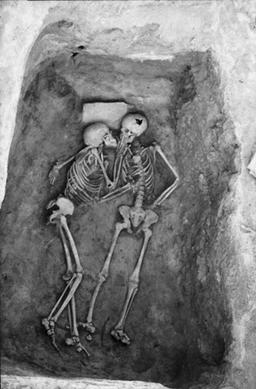 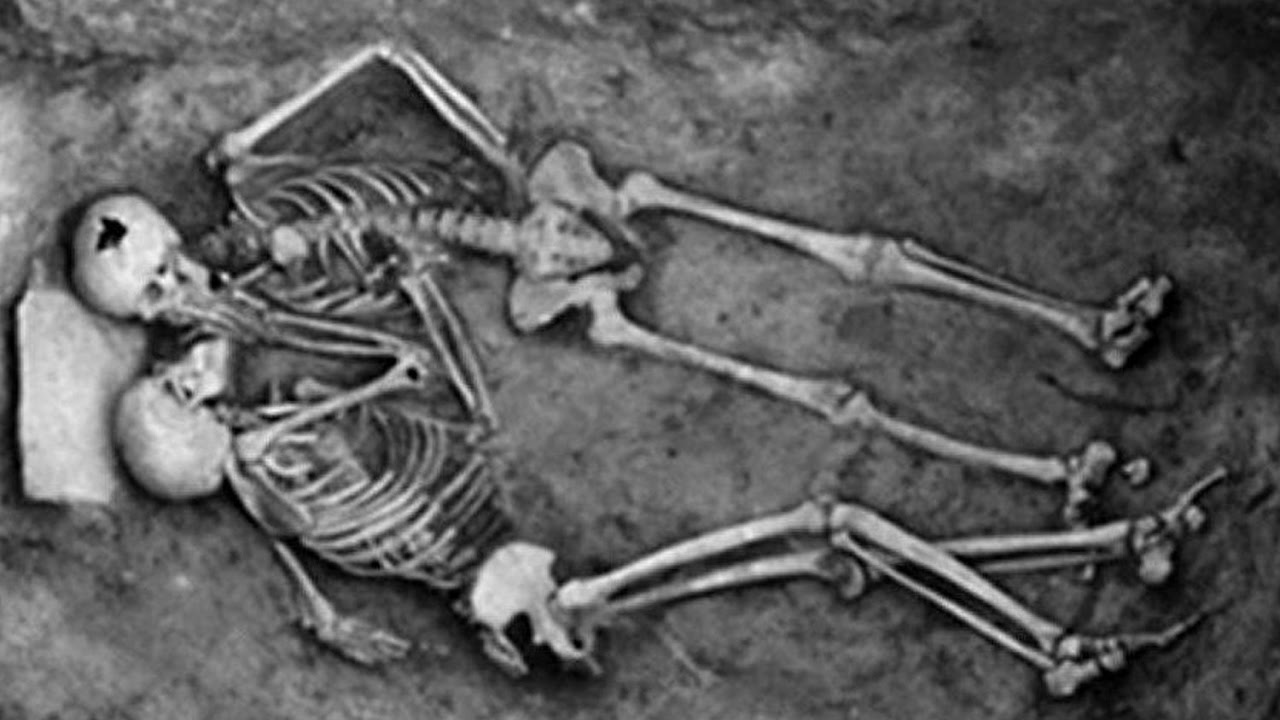 The Hasanlu Lovers are human remains found by a team from the University of Pennsylvania led by Robert Dyson at the Teppe Hasanlu archaeological site, located in the Solduz Valley in the West Azerbaijan Province of Iran, in 1972.

The image depicts two human skeletons, seemingly in an embrace, which earned the photograph its title Hasanlu Lovers or The 2800 Years Old Kiss. There is clear evidence that the skeleton on the right was a male. The sex of the skeleton on the left is being disputed as it has both masculine and feminine characteristics, having a pubic area which masculine in form, but a wider sciatic notch than is typical in males.

In the twentieth century, Robert Dyson and M. A. Dandamaev determined it as female.. Penn Museum, the holding museum, believe on balance the skeleton is likely male. Recent genetic analysis undertaken by David Reich at Harvard indicates the skeleton was genetically male.

The pair of skeletons was found in a bin-like structure with no other objects except a stone slab under the head of one skeleton.

They died together around 800 B.C., during the destruction of the Teppe Hasanlu citadel.The site was burned after a military attack. People from both fighting sides were killed in the fire, which apparently spread quite unexpectedly and quickly through the town. The skeletons were found in a plaster grain bin, probably hiding from soldiers, and they almost certainly asphyxiated quickly. The “head wound” is actually from modern-day excavators.

The original source of this image is the Penn Museum and officially named “The Lovers”.

Its description in the museum label reads:

“The Lovers” from 1972 season at Hasanlu.
Hasanlu is an archaeological excavation site in Iran, Western Azerbaijan, Solduz Valley. Theses skeletons were found in a bin with no objects. The only feature is a stone slab under the head of the skeleton on the left hand side (SK335).