Two Catholics were abducted, beaten, and shot dead in a Loyalist area of Belfast.

In a separate incident a Catholic man was abducted, beaten, and shot dead in Belfast.

[Public Records 1972 – Released 1 January 2003: Document prepared for the British government which examined the possibility of redrawing the Northern Ireland border and carrying out a transfer of population.]

A report on the Northern Ireland Civil Service showed that Catholics and women were under-represented in the top grades. The report did show however that there had been an improvement in the percentage of Catholics employed in the Civil Service compared to five years earlier.

The Ulster Volunteer Force (UVF) ‘supergrass’ informer Joe Bennett was sentenced by a Nottingham Crown Court to 10 years imprisonment for an armed robbery.

[Bennett had carried out the crime having been relocated to England by the security services and given a new identity with the name John Graham.]

An inquiry, by the Fair Employment Agency (FEA), into claims of discrimination by Derry City Council against Protestants, cleared the council of these allegations.

He was killed while in a friend’s home in Rathcoole, Newtownabbey, County Antrim. 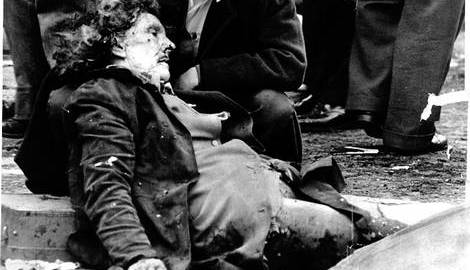 The relatives of the 33 people killed by bombs in Dublin and Monaghan in the Republic of Ireland on 17 May 1974, said that they would take the case to Europe because of the failure of the Royal Ulster Constabulary (RUC) to establish a murder inquiry.

A Catholic boy aged 14 who had been critically injured when shot in the head by a plastic bullet on 7 July 1997 was released from hospital. He had spent three days in a coma.

Marjorie (Mo) Mowlam, then Secretary of State for Northern Ireland, wrote  an article in response to the renewal of the Irish Republican Army (IRA) ceasefire on 20 July 1997.

He also stated that if the UUP maintained its “rejectionist approach” there there was no chance of IRA decommissioning by May 2000.

The membership of the Equality Commission for Northern Ireland was named with Joan Harbison as Chair, Broanagh Hinds as Deputy Chair, and 18 other commissioners. George Mitchell, former Chairman of the multi-party talks, announced that he would begin his review of the Good Friday Agreement on 6 September 1999.

The Arts Council of Northern Ireland (ACNI) withheld funding for a drama group called DubbelJoint. The group had intended to perform a play about the Royal Ulster Constabulary (RUC) entitled ‘Forced Upon Us’.

The ACNI said that the script for the play “fell below the artistic standards the Council expected”. DoubleJoint claimed the decision was politically motivated.