The Social Democratic and Labour Party (SDLP), under the new leadership of John Hume, took the decision to attend the Atkins conference.

[Of the original seven hunger strikers, Sean McKenna’s medical condition was the most serious. McKenna was moved to Musgrave Park Hospital in Belfast.]

Following a White Paper introduced on 25 May 1988 the British government brought forward a new Fair Employment Bill for Northern Ireland. The Fair Employment Agency (FEA) was replaced by the Fair Employment Commission (FEC). Compulsory monitoring of the religious composition of workforces of all companies with 25 or more employees was introduced. 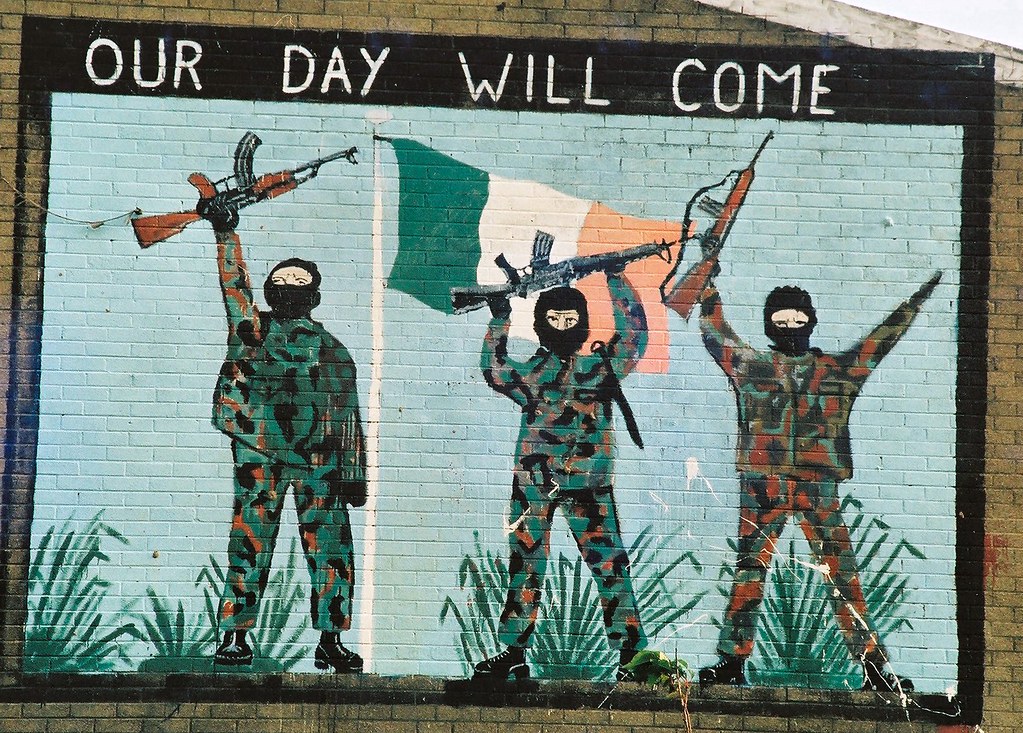 The Irish Republican Army (IRA) exploded an incendiary device at the National Gallery in London.

There were reports in the press that alleged that a telephone belonging to John Hume, then leader of the Social Democratic and Labour Party (SDLP), had been bugged.

The main aim of the two leaders was stated as: “to foster agreement and reconciliation, leading to a new political framework founded on consent and encompassing arrangements within Northern Ireland, for the whole island, and between these islands”.

Later in the House of Commons Major tried to address Unionist concerns about the Declaration by drawing attention to the matters that were not in the document:

“What is not in the Declaration is any suggestion that the British government should join the ranks of the persuaders of the value or legitimacy of a united Ireland”.

Speaking in the Dáil (the Irish parliament) Dick Spring, then Tánaiste (deputy Irish Prime Minister and Minister for Foreign Affairs), said that paramilitary groups would have to hand over their weapons following the end of violence.

[Bruton had been a strong critic of the Irish Republican Army (IRA).]

A first meeting took place at Stormont between delegations from the Progressive Unionist Party (PUP) and Ulster Democratic Party (UDP), and Northern Ireland Office (NIO) officials on behalf of the British Government.

David Adams, an Irish Republican Army (IRA) prisoner who is a cousin of Gerry Adams, then President of Sinn Féin (SF), began a case in the High Court in Belfast against the Royal Ulster Constabulary (RUC). David Adams claimed that he had been seriously assaulted by RUC officers while he was being arrested in 1994.

[Later the court decided in his favour and Adams was awarded £30,000.]

The family of Robert Hamill launched an appeal for funds to allow them to bring a private prosecution against his killers and member of the RUC.

[Hamill, a Catholic civilian, was severely beaten in a sectarian attack by a gang of up to 30 loyalists in the centre of Portadown, County Armagh, on 27 April 1997 and died of his injuries on 8 May 1997. It was alleged that RUC officers in a vehicle nearby did not intervene to save his life.]

Marion Price, a former Irish Republican Army (IRA) prisoner who had been convicted of causing explosions in London on 8 March 1973, was refused a visa to enter the USA. Price had been due to speak at a fundraising event in New York that had been organised by the Irish Freedom Committee.

“open-ended and all-encompassing cessation of hostilities”.

This marked the end of the Loyalist feud which had erupted in violence in August and had claimed the lives of seven men. The feud had also driven hundreds of families from their homes. The statement added:

“We fully recognise the pain and suffering that has been inflicted on our community and we resolve that under no circumstances will such events be repeated.”

[At the time Trimble was First Minister of the Executive and was attempting to put pressure on SF on the issue of the decommissioning of Irish Republican Army (IRA) weapons.]

Killed by: Ulster Volunteer Force (UVF)
Died two weeks after being injured in bomb attack on Hughes Bar, Church Street, Newry, County Down. He was wounded on 29 November 1974.