The Harrods bombing usually refers to the car bomb that exploded outside Harrods department store in central London on Saturday 17 December 1983. Members of the Provisional IRA planted the time bomb and sent a warning 37 minutes before it exploded, but the area was not evacuated. The blast killed three police officers and three civilians, injured 90 people, and caused much damage.

The IRA Army Council claimed it had not authorised the attack and expressed regret for the civilian casualties. The IRA had been bombing commercial targets in England since the early 1970s, as part of its “economic war”. The goal was to damage the economy and cause disruption, which would put pressure on the British government to withdraw from Northern Ireland.

Harrods was the target of a much smaller IRA bomb almost ten years later, in January 1993, which injured four people.

Following the first Dublin bombings the Provisional IRA decided to take its campaign to Britain. From 1973 the Provisional IRA had carried out waves of bombing attacks in London and elsewhere in England, as part of its campaign. Harrods—a large, upmarket department store in the affluent Knightsbridge district, near Buckingham Palace—had been targeted before by the IRA.

On 10 December 1983, the IRA carried out its first attack in London for some time when a bomb exploded at the Royal Artillery Barracks, injuring three British soldiers.

One week later, on the afternoon of 17 December, IRA members parked a car bomb near the side entrance of Harrods, on Hans Crescent. The bomb contained 25 to 30 lb (14 kg) of explosives and was set to be detonated by a timer.

It was left in a 1972 blue Austin 1300 GT four-door saloon car with a black vinyl roof, registration plate KFP 252K.[4] At 12:44 a man using an IRA codeword phoned the central London branch of the Samaritans charity. The caller said there was a car bomb outside Harrods and another bomb inside Harrods, and gave the car’s registration plate.

However, according to police, he did not give any other description of the car.

The bomb exploded at about 13:21, as four police officers in a car, an officer on foot and a police dog-handler neared the suspect vehicle.

Six people were killed (three officers and three bystanders) and 90 others were injured, including 14 police officers. The blast damaged 24 cars and all five floors on the side of Harrods, sending a shower of glass down on the street.

The police car absorbed much of the blast and this likely prevented further casualties. 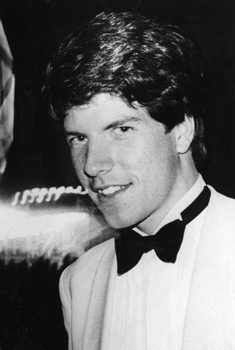 The bystanders killed were Philip Geddes (24), a journalist who had heard about the alert and went to the scene ,   Jasmine Cochrane-Patrick (25)  and Kenneth Salvesen (28), a US citizen.

The Metropolitan Police officers killed were Sergeant Noel Lane (28); Constable Jane Arbuthnot (22); and Inspector Stephen Dodd (34), who died of his injuries on 24 December.  Constable Jon Gordon survived, but lost both legs and part of a hand in the blast.

At the time of the explosion, a second warning call was made by the IRA. The caller said that a bomb had been left in the C&A department store at the east end of Oxford Street. Police cleared the area and cordoned it off but this claim was found to be false.

In the aftermath of the attack, hundreds of extra police and mobile bomb squads were drafted into London. Aleck Craddock, chairman of Harrods, reported that £1 million in turnover had been lost as a result of the bombing.

Despite the damage, Harrods re-opened three days later, proclaiming it would not be:

“defeated by acts of terrorism”.

“no damned Irishman is going to stop me going there”.

The bombing badly damaged the IRA’s support, due to the civilian deaths and injuries.

In a statement issued the day after, the IRA Army Council admitted that IRA members had planted the bomb, but claimed that it had not authorised the attack:

The Harrods operation was not authorised by the Irish Republican Army. We have taken immediate steps to ensure that there will be no repetition of this type of operation again. The volunteers involved gave a 40 minutes specific warning, which should have been adequate. But due to the inefficiency or failure of the Metropolitan Police, who boasted of foreknowledge of IRA activity, this warning did not result in an evacuation. We regret the civilian casualties, even though our expression of sympathy will be dismissed. Finally, we remind the British Government that as long as they maintain control of any part of Ireland then the Irish Republican Army will continue to operate in Britain.

“The nature of a terrorist organisation is that those in it are not under disciplined control”. 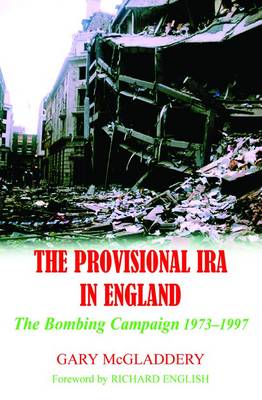 In his book The Provisional IRA in England, author Gary McGladdery says the bombing illustrated one of the problems with the IRA’s cell system, where units:

“could become virtually autonomous from the rest of the organisation and operate at their own discretion”.

The IRA had adopted the system in the late 1970s. 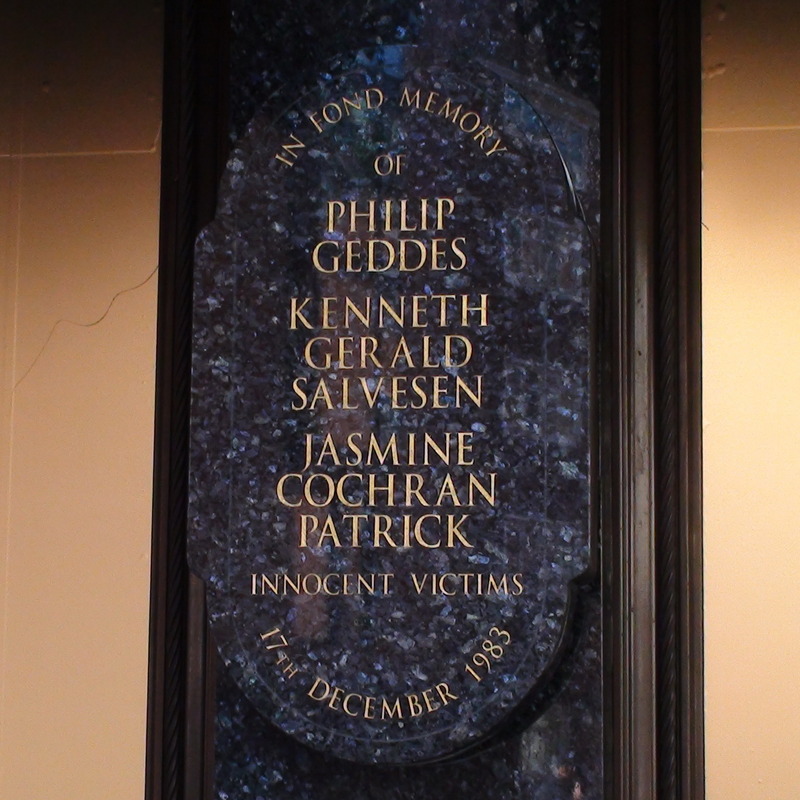 There is a memorial at the site of the blast. Yearly prizes in the honour of Philip Geddes are awarded to aspiring journalists attending the University of Oxford. Also, every year the Philip Geddes Memorial Lecture on the theme of the future of journalism is given by a leading journalist.

On 28 January 1993, Harrods was once again targeted. At 9:14, two telephoned warnings were issued, saying that two bombs had been planted: one outside and one inside Harrods.

The store was due to open at 10:00. Police cordoned off the area and began a search. However, some bystanders ignored the police cordon.

At about 9:40, a package containing 1 lb of Semtex exploded in a litter bin at the front of the store. It injured four people and damaged the shopfront.

The cost of damage and lost sales was estimated at £1 million.

Those responsible were English far left activists associated with the IRA: Jan Taylor, a 51-year-old former corporal who served in the Royal Signals Corps of the British Army, and Patrick Hayes, a 41-year-old computer programmer with a degree in business studies from Central London Polytechnic and a member of Red Action.

In March 1993, police captured them at Hayes’ home in Stoke Newington, north London.  They each received prison sentences of 30 years for the January Harrods bombing and for a second attack on a train a month later which caused extensive damage but no casualties. Hayes was also convicted of conspiracy to cause three additional explosions in 1992. Neither men had links to Ireland.