Two Royal Ulster Constabulary (RUC) officers, Cecil Patterson (45) and Robert Buckley (30), were shot and killed by the Irish Republican Army (IRA) while on a mobile patrol in the Ardoyne area of Belfast.

A member of the Irish Republican Army (IRA) shot dead a police officer in London. During a subsequent search operation a bomb-making facility was uncovered in Hammersmith.

Ken Livingstone, then leader of the Greater London Council (GLC), travelled to Belfast to begin a two day visit at the invitation of Sinn Féin (SF). The visit drew strong criticism from Unionists.

Leaders of Unionism announced that there would be a general strike, or ‘Day of Action’, on 3 March (1986) against the Anglo-Irish Agreement (AIA).

Gerry Adams, then President of SF, addressed the conference and said that the Downing Street Declaration (DSD) was a significant departure from previous policy by the British in its attitude towards Ireland. He added:

“… does anyone really expect the IRA to cease its activities so that British civil servants can discuss with Sinn Féin the surrender of IRA weapons after we have been “decontaminated”?”

In a crucial vote at Westminster on the Scott report (on shipments of arms to Iraq) the Ulster Unionist Party (UUP), the Social Democratic and Labour Party (SDLP), and the United Kingdom Unionist (UKU) member voted against the Government. The Democratic Unionist Party (DUP) abstained. The Government won the debate by one vote.

Two members of the Irish Republican Army (IRA) carried out a ‘punishment’ style attack on a 16 year old girl, Judith Boylan, in Armagh.

A survey in the Irish News reported that 62 per cent of respondents favoured compromise on the issue of contentious parades.

The Court of Appeal ruled that Paratrooper Lee Clegg should be granted a retrial.

[The family of Karen Reilly who was shot dead in a ‘joy-riding’ incident on 30 September 1990 were said to be “devastated” by the news of the retrial.]

Tony Blair, then British Prime Minister, and Bertie Ahern, then Taoiseach (Irish Prime Minister), held discussions on decommissioning and the transfer of powers to the Northern Ireland Assembly. The discussions took place during a meeting of European Union heads of government in Germany. 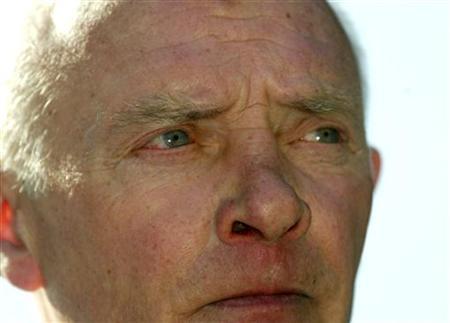 Brian Keenan made a speech warning that there could be a return to armed conflict if the political process broke down.

[Keenan was reportedly the then Chief of Staff of the (Provisional) Irish Republican Army (IRA).]

British Army bomb disposal officers defused a pipe-bomb that had been left in the garden of a house in Ballynure, County Antrim. The crude device was discovered at approximately 4.30pm (1630GMT).

The Police Service of Northern Ireland (PSNI) announced that a £20,000 reward was being offered for information leading to the prosecution of those who had killed Daniel McColgan (20), a Catholic civilian, on 12 January 2002.

The Ulster Defence Association (UDA) admitted responsibility for the killing. The reward money had been raised by a number of groups.

Alex Maskey, then Sinn Féin (SF) Chief Whip, said that the party had turned down an invitation to discuss a Northern Ireland Policing Board (NIPB) plan with Alan McQuillan, then Assistant Chief Constable.

Maskey said the party would play a “full and active” role when there was a new beginning to policing in the North.

Mark Durkan, then leader of the Social Democratic and Labour Party (SDLP), addressed the Oxford University Union. He said that the focus of a new campaign for Nationalism should be to persuade Unionists of the benefits of an integrated agreed Ireland.

Robert McCartney, then leader of the United Kingdom Unionist Party (UKUP), was expelled from the Northern Ireland Assembly chamber for one day for repeatedly talking to a colleague during a speech by an Social Democratic and Labour Party (SDLP) member.

It was reported that Quentin Davies, then Conservative Party spokesman on Northern Ireland, had attended a meeting in Belfast of the Loyalist Commission at which Loyalist paramilitaries were present.

It was announced that the 26 District Councils in Northern Ireland would undertake a £52m development package to assist their local economies. The funding was provided jointly by the European Union (EU) and the District Councils. The EU funding (£26m) was made available under the Local Economic Development Measure of the Building Sustainable Prosperity Programme.

PricewaterhouseCoopers published its latest ‘UK Economic Outlook and Regional Trends’ survey in which the economy of Northern Ireland was expected to grow at a rate of just under 2 per cent during 2002.

John Reid, then Secretary of State for Northern Ireland, wrote to the Commission of Inquiry into the Dublin and Monaghan bombings providing a response to a letter sent by the Inquiry on 10 November 2000.

[The information was provided in the form of a ten-page. An appendix to the letter consisting of six pages gave details concerning the structure and control of intelligence gathering in Northern Ireland during the 1970s.]

Killed by: Irish Republican Army (IRA)
Off duty. Found stabbed to death at his farm, Tullyvallen, near Newtownhamilton, County Armagh.

Killed by: Irish Republican Army (IRA)
Justice of the Peace. Shot at his home, Windsor Avenue, Newry, County Down