Do you believe in ESP or a sixth sense?

Throughout my life I have had many strange coincidences and they always amuse me and leave me feeling a little bit….well spooked.

I have loads of these and will  do a post about them at a later date.

The most mind-boggling real-life coincidences revealed

As Dorothy Fletcher of Liverpool knows only too well, there are few worse places to have a heart attack than on a transatlantic flight – unless 15 of your fellow passengers are cardiologists on their way to a conference.Mrs Fletcher was flying from Manchester to Florida for her daughter’s wedding in November 2003 when disaster struck. The stewards put out an urgent appeal for any doctors on board to make themselves known.

“All these people came rushing down the aircraft towards me.”

The cardiologists were able to keep her stable while the plane was diverted to North Carolina and she even made it to the wedding.

Alexander Fleming locked up his London lab one evening in September 1928 without bothering to do the dishes. When he returned a few days later and reluctantly began to tackle the toxic detritus of his failed experiments he noticed that one Petri dish containing a staphylococcus culture had begun to grow blue mould and that the mould had apparently killed any staphylococcus bacteria it had come into contact with.

Fleming conducted a series of experiments on this miraculous mould – presumably leaving his washing up to its own scientific endeavours – and determined that it was penicillium notatum, now commonly known as penicillin. 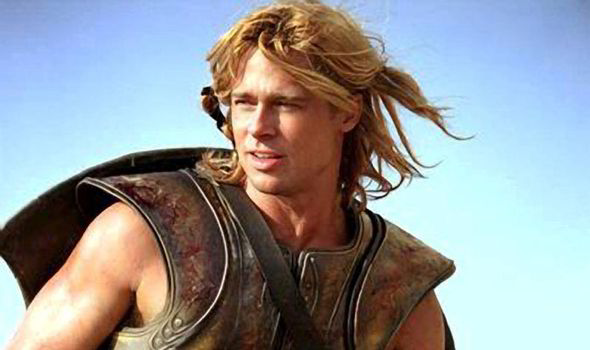 In 2001 the couple were visiting New York when the Twin Towers were struck; they were in London for a few days in July 2005 when three Tube trains and a bus were bombed and they were in Mumbai in November 2008 when a coordinated shooting and bombing spree brought tragedy to the city.

In something of an understatement Mrs Cairns-Lawrence told reporters: “It’s a strange coincidence. The terror attacks just happened when we were in the cities.”

Police in Bari, Italy, were able to apprehend a thief who had grabbed a woman’s handbag as he sped past on his motorbike after she gave them an exceptionally detailed description of him. It turned out she was his mother.

In all of human history only one person is unlucky enough to have been struck by a meteorite. And while the laws of probability dictate that meteorites will generally fall into uninhabited areas such as deserts or oceans, this one landed on a woman who was snoozing on her sofa.

In November 1954 Ann Hodges was asleep in her lounge in Sylacauga, Alabama, when a chunk of space rock crashed through her ceiling and hit her, causing an enormous bruise on her thigh but leaving her otherwise unharmed.

“You have a better chance of getting hit by a tornado and a bolt of lightning and a hurricane all at the same time,” astronomer Michael Reynolds told National Geographic.

Brad Pitt went all out to get into character on the set of Troy (2004) but it was probably a performance he’d rather forget than win an Oscar for. During a particularly tricky fight scene against his enemy Hector, Pitt leapt and landed badly, tearing his Achilles tendon in the process and ruling out the filming of other fight scenes for weeks.

Proving that no amount of international fame can counter the weight of public emotion, pop star Kylie Minogue felt compelled to make an expensive and time-consuming last-minute change to the title of her 1997 album following the death of Princess Diana in August of that year.

The rather unimaginative new title was Kylie Minogue – the original had been Impossible Princess. 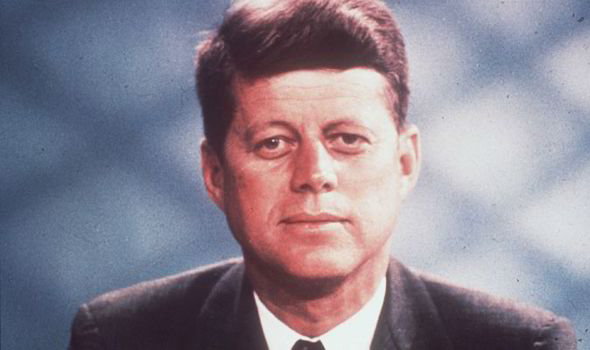 In July 1974, 17-year-old Neville Ebbin was riding his moped in Hamilton, Bermuda, when he was hit by a taxi and killed. One year later, his younger brother Erskine, now 17 himself, was killed in an identical accident.