Paradise Lost: The Child Murders at Robin Hood Hills is a 1996 documentary film directed by Joe Berlinger and Bruce Sinofsky about the trials of three teenage boys who came to be known as the West Memphis Three in West Memphis, Arkansas. The teenagers—Jessie Misskelley, Damien Echols and Jason Baldwin—were accused of the May 1993 murder and sexual mutilation of three prepubescent boys. The film was followed by two sequels: Paradise Lost 2: Revelations and Paradise Lost 3: Purgatory.

The film documents the events from the arrests of Misskelley, Echols and Baldwin for the murders of Christopher Byers, Michael Moore and Stevie Branch. Their naked and hogtied bodies were discovered in a ditch in a wooded area of West Memphis, Arkansas, known as “Robin Hood Hills”.

Filmmakers Joe Berlinger and Bruce Sinofsky interview numerous people connected with the case, including the parents of the victims, the parents of the accused, members of the West Memphis Police Department (WMPD) and all the defendants involved in the trial. Berlinger and Sinofsky are not filmed themselves, and the dialogue is provided by the interviewee, rather than using a “Q & A” format.

The film starts with an introduction to the case, before moving on to the arrests of the three teenagers. Much of the community, including the detectives and the victims’ parents believe the murders were committed by the teenagers as part of a Satanic ritual. The community is shown to be politically conservative and strongly Evangelical Christian. Because Misskelley had provided police with a confession, his trial is separated from that of Damien and Jason, and is covered in the first half of the film.

The first trial to be covered in the film is that of Misskelley, a trial which was severed from those of Echols and Baldwin since it was Misskelley who submitted a confession. Emphasis is placed on the fact that there is a strong possibility that the confession was coerced. Interviews are conducted with Misskelley himself, his family and friends, and his attorney Dan Stidham. Misskelley is sentenced to life in prison.

Part two of the film documents the trials of Echols and Baldwin. Like the coverage of Misskelley’s trial, there are interviews with both defendants, their attorneys and their families. The families of the victims also share their views.

During the course of filming, John Mark Byers, the stepfather of one of the victims (Christopher Byers), gives the filmmakers a knife which has blood in the hinge. The filmmakers turn the knife over to police, who examine it; the DNA is similar to that of John Byers and Christopher, but the evidence is nonetheless inconclusive since the DNA evidence produced was fragmented and can not provide concrete links.

The production had 79 filming days over a 10-month period, starting in the weeks after the murders through the trials and convictions, at the actual Arkansas locations. The movie marks the first time Metallica allowed their music to be used in a movie. A decade later the directors made Some Kind of Monster about Metallica. 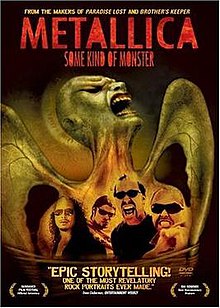 The movie was well received by critics, including Siskel and Ebert praising the movie. The film was followed by two sequels. First Paradise Lost 2: Revelations (2000), which suggests that further evidence was missed or suppressed and attempts to prove Echols’ innocence. Followed by Paradise Lost 3: Purgatory (2011), which was nominated for the Academy Award for Best Documentary Feature.

Following a successful decision in 2010 by the Arkansas Supreme Court regarding recently uncovered DNA evidence, the West Memphis Three reached a deal with prosecutors. On August 19, 2011, they entered Alford pleas, which allow them to assert their innocence and were sentenced to time served, effectively freeing them.