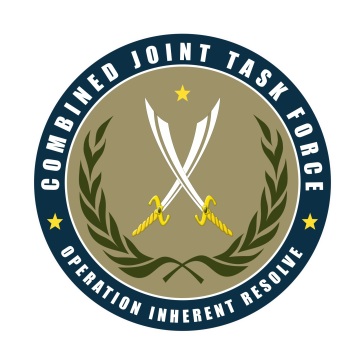 Islamic State are taking a battering and slowly slowly these mad dogs are being brought to their knees and hopefully its only a matter of time before we eradicate  this stain on humanity once and for all and Abu Bakr al-Baghdadi is rotting in the eternal flames of  hell.

Because Karma has been a witness to his madness and Karma always collects its debts!

Officials reported details of the latest strikes, noting that assessments of results are based on initial reports.

In Iraq, coalition military forces conducted eight strikes consisting of 84 engagements against ISIS targets, coordinated with and in support of Iraq’s government:

These strikes were conducted as part of Operation Inherent Resolve, the operation to destroy ISIS in Iraq and Syria. The destruction of ISIS targets in Iraq and Syria also further limits the group’s ability to project terror and conduct external operations throughout the region and the rest of the world, task force officials said.

The list above contains all strikes conducted by fighter, attack, bomber, rotary-wing or remotely piloted aircraft; rocket-propelled artillery; and some ground-based tactical artillery when fired on planned targets, officials noted.

Ground-based artillery fired in counterfire or in fire support to maneuver roles is not classified as a strike, they added. A strike, as defined by the coalition, refers to one or more kinetic engagements that occur in roughly the same geographic location to produce a single or cumulative effect. For example, task force officials explained, a single aircraft delivering a single weapon against a lone ISIS vehicle is one strike, but so is multiple aircraft delivering dozens of weapons against a group of ISIS-held buildings and weapon systems in a compound, having the cumulative effect of making that facility harder or impossible to use. Strike assessments are based on initial reports and may be refined, officials said.

The task force does not report the number or type of aircraft employed in a strike, the number of munitions dropped in each strike, or the number of individual munition impact points against a target.

Operation Inherent Resolve (OIR) is the U.S. military’s operational name for the military intervention against the Islamic State of Iraq and Syria (ISIS, in the vernacular, Daesh), including both the campaign in Iraq and the campaign in Syria. Since 21 August 2016, the U.S. Army‘s XVIII Airborne Corps has been responsible for Combined Joint Task Force – Operation Inherent Resolve (CJTF-OIR).

Unlike their coalition partners, and unlike previous combat operations, no name was initially given to the conflict against ISIS by the U.S. government. The decision to keep the conflict nameless drew considerable media criticism.

The U.S. decided in October 2014 to name its military efforts against ISIS as “Operation Inherent Resolve”; the U.S. Central Command (CENTCOM) news release announcing the name noted that:

According to CENTCOM officials, the name INHERENT RESOLVE is intended to reflect the unwavering resolve and deep commitment of the U.S. and partner nations in the region and around the globe to eliminate the terrorist group ISIL and the threat they pose to Iraq, the region and the wider international community. It also symbolizes the willingness and dedication of coalition members to work closely with our friends in the region and apply all available dimensions of national power necessary—diplomatic, informational, military, economic—to degrade and ultimately destroy ISIL.

The Defense Department announced at the end of October 2014 that troops operating in support of Operation Inherent Resolve after 15 June were eligible for the Global War on Terrorism Expeditionary Medal. Service areas are: Bahrain, Cyprus, Egypt, Iran, Iraq, Israel, Jordan, Kuwait, Lebanon, Qatar, Saudi Arabia, Syria, Turkey, and the United Arab Emirates, as well as troops supporting the operation in the Persian Gulf, the Red Sea and the Mediterranean Sea east of 25 degrees longitude. The medal is approved retroactively beginning 15 June, the Pentagon said.

By 4 December 2014, three U.S. service members had died from accidents or non-combat injuries.

On 22 October 2015, a U.S. Master Sergeant, Joshua L. Wheeler, was shot dead when he, with about 30 other U.S. special operations soldiers and a peshmerga unit, conducted a prison break near Hawija, in which about 70 hostages were rescued, five ISIS members were captured and “a number” were killed or wounded.

The Kurdistan Regional Government said after the raid that none of the 15 prisoners it was intended to rescue were found.

As of 9 March 2016, nearly 11,000 airstrikes have been launched on ISIS (and occasionally Al-Nusra), killing over 27,000 fighters and striking over 22,000 targets, including 139 tanks, 371 Humvees, and 1,216 pieces of oil infrastructure. Approximately 80% of these airstrikes have been conducted by American forces, with the remaining 20% being launched by other members of the coalition, such as the United Kingdom and Australia. 7,268 strikes hit targets in Iraq, while 3,602 hit targets in Syria.

On 12 June 2016, it was reported that 120 Islamic State leaders, commanders, propagandists, recruiters and other high-value individuals were killed so far this year.

On 16 June 2016, AV-8B II+ Harriers of the 13th MEU flying off the USS Boxer began airstrikes against the Islamic State in Iraq and Syria the first time the U.S. Navy has used ship-based aircraft from both the Mediterranean and the Persian Gulf at the same time during Operation Inherent Resolve  (aircraft from the USS Harry S. Truman began airstrikes on IS targets from the Mediterranean on 3 June).

As of 27 July 2016, U.S. and coalition partners conducted more than 14,000 airstrikes in Iraq and Syria: Nearly 11,000 of those strikes were from U.S. aircraft and the majority of the strikes (more than 9,000) were in Iraq. Of the 26,374 targets hit, nearly 8,000 were against ISIS fighting positions, while approximately 6,500 hit buildings; ISIS staging areas and oil infrastructure were each hit around 1,600 times.  On 15 December 2016, the UK Defense Secretary Michael Fallon said that :

“more than 25,000 Daesh fighters have now been killed,” a number that is half of the United States’ estimate.

When asked about this discrepancy, the UK’s Ministry of Defense said that it stood by his estimate.

Since the first U.S. airstrikes on ISIS targets in Iraq on 8 August 2014, over two years, the U.S. military has spent over $8.4 billion fighting ISIS.

According to the Syrian Observatory for Human Rights, U.S.-led Coalition airstrikes have killed 7,043 people across Syria, of which: 5,768 dead were ISIL fighters, 304 Al-Nusra Front militants and other rebels, 90 government soldiers and 881 civilians. The air strikes occurred in the period between 22 September 2014 and 23 January 2017.

In March 2017, various media outlets reported that conventional forces from the 11th MEU deployed to Syria to support US-backed forces in liberating Raqqa from ISIS occupation. The deployment marks a new escalation in the U.S. war in Syria.

United States Air Force, United States Navy & United States Marine Corps units that are participating in this operations can be found in the Military intervention against ISIL order of battle.

U.S. and coalition forces are training Iraqi forces at four sites: in al-Asad in Anbar province, Erbil in the north, and Taji and Besmayah in the Baghdad area.