Craig Harrison (born November 1974) is a former Corporal of Horse (CoH) in the Blues and Royals, a cavalry regiment of the British Army, and as of November 2009 holds the record for the longest confirmed sniper kill in combat, at a range of 2,475 m (2,707 yd).

In a BBC interview, Harrison reported it took about nine shots for him and his spotter to range the target. Then, he reported, his first shot “on target” was a killing shot followed consecutively by a kill shot on a second machine gunner.

The bodies were later found by Afghan National Police looking to retrieve the weapon (which had already been removed). The first Taliban was shot in the gut and the other through the side. Later in the day an Apache helicopter hovered over the firing position, using its laser range finder to measure the distance to the machine-gun position, confirming it was the longest kill in history.

In the reports, Harrison mentions the environmental conditions were perfect for long range shooting: no wind, mild weather and clear visibility.

Harrison’s father and mother were dog handlers in the Royal Air Force (RAF). They separated when he was very young. Harrison was the younger of two boys. He joined the Household Cavalry at 16, and later served in the Blues and Royals. He is married to Tanya and has a daughter.

After returning from Afghanistan in 2009 he developed post-traumatic stress disorder (PTSD) and was discharged from the army in 2014.

He has stated since that:

The Ministry of Defence paid Harrison £100,000 in compensation for revealing his identity which put him at risk of kidnapping by Al-Qaeda supporters. The blunder led to Harrison being placed on permanent sick leave and then discharged.

Harrison has written The Longest Kill, about his life and career as a sniper

Reports regarding the longest recorded sniper kill that contain information regarding the shooting distance and the identity of the sniper have been presented to the general public since 1967. Snipers in modern warfare have had a substantial history following the development of long distance weaponry. As weapons, ammunition, and aids to determine ballistic solutions improved, so too did the distance from which a kill could be targeted.

Although technology such as electronics has improved optical equipment such as rangefinders and ballistic calculators have eliminated manual mathematical calculations to determine elevation and windage, the fundamentals of accurate and precise long-range shooting are the same as throughout the history of shooting, and the skill and training of the shooter and his spotter where applicable are the primary factors. Accuracy and precision of ammunition and firearms are also still reliant primarily on human factors and attention to detail in the complex process of producing maximum performance.

The modern method of long-distance sniping (shots over 1.1 kilometres or 0.7 miles) requires intense training and practice. A sniper must have the ability to accurately estimate the various factors that influence a bullet‘s trajectory and point of impact, such as range to the target, wind direction, wind velocity, air density, elevation, and even the Coriolis effect due to the rotation of the Earth. Mistakes in estimation compound over distance and can cause a shot to only injure, or to miss completely.

Any given combination of firearm and ammunition will have an associated value, known as the circular error probable (CEP), defined as the radius of a circle whose boundary is expected to contain the impact points of half of the rounds fired.

If the shooter wishes to improve accuracy and precision, wishes to increase range or wishes to do all of these things, the accuracy of “estimates” of external factors must improve accordingly. At extreme ranges, extremely accurate “estimates” are required and even with the most accurate estimates, hitting the target becomes subject to uncontrollable factors. For example, a rifle capable of firing a 1/2 MOA (approximately 1/2″ center to center of the two holes furthest apart) 5-round group (often referred to using the verb “grouping”) at 100 yards will fire a theoretical 12.5 group at 2700 yards. Unless the group is centered perfectly on the target at 100 yards, the 2500- yard group will be centered 25 times the off-center error at 100 yards. This example ignores all other factors and assumes “perfect” no-wind shooting conditions and identical muzzle velocities and ballistic performance for each shot.

USMC Gunnery Sergeant Carlos Hathcock’s confirmed 2500-yard kill in Vietnam was primarily due to the enemy soldier stopping his bicycle on the spot Hathcock had fired at while sighting in his Browning M2 heavy machine-gun.

Devices such as laser rangefinders, handheld meteorological measuring equipment, handheld computers, and ballistic-prediction software can contribute to increased accuracy (i.e. reduced CEP), although they rely on proper use and training to realize any advantages. In addition, as instruments of measure, they are subject to accuracy errors and malfunction. Handheld meteorological instruments only measure conditions at the location they are used. Wind direction and speed can and do vary dramatically along the path of the bullet.

The science of long-range sniping came to fruition in the Vietnam War. Carlos Hathcock held the record from 1967 to 2002 at 2,286 m (2,500 yd). He recorded 93 official kills before an injury halted his service on the front lines.

After returning to the U.S., Hathcock helped to establish a school for training Marine snipers, the Marine Corps Scout Sniper School, at the Marine base at Quantico, Virginia.

In addition to his success and performance as a USMC Scout-Sniper during multiple deployments to Vietnam, Gunnery Sergeant Hathcock competed as a member of multiple USMC shooting teams. Gunnery Sergeant Hathcock also won the 1966 Wimbledon Cup, which is earned by the winner of the U.S. 1000-yard high-powered rifle National Championship. The competition is held annually at the Camp Perry Matches and the finest civilian and military marksmen in the world compete. Even after being severely burned during an attack on an amtrac on which he was riding and his efforts to rescue other soldiers, and after being diagnosed with Multiple Sclerosis, Hathcock continued to serve, shoot and instruct.

During his Vietnam service, Hathcock also completed missions involving a “through the scope” shot which killed an enemy sniper specifically hunting him, and performed a multiple-day solo stalk and kill of an enemy general officer in his compound.

Hathcock’s record stood for over thirty years until Canadian Master Corporal Arron Perry of Princess Patricia’s Canadian Light Infantry beat it with a shot of 2,310 metres. Perry held the title for only a few days as another man in his unit (Corporal Rob Furlong) beat Perry’s distance with a 2,430 m (2,657 yd) shot in March 2002. Perry and Furlong were part of a six-man sniper team during 2002’s Operation Anaconda, during the War in Afghanistan.

The current record is held by Briton Corporal of Horse (CoH) Craig Harrison, of the UK’s Household Cavalry, who recorded a 2,475 m (2,707 yd) shot (confirmed by GPS) in November 2009, also during the War in Afghanistan, in which he hit two Taliban insurgents consecutively.CoH Harrison killed the two Taliban machine gunners with shots that took the 8.59 mm rounds almost five seconds to hit their targets, which were 914 metres (1,000 yd) beyond the L115A3 sniper rifle’s recommended range. A third shot took out the insurgents’ machine gun. The rifle used was made by Accuracy International.

This list is not exhaustive, as such data is generally not tracked nor managed under any official procedure. For example, the Canadian Army 2002 sniper team that saw two soldiers (Arron Perry/2,310 m and Rob Furlong/2,430 m) set consecutive new records, also made a number of kills at 1,500 m that are not counted here. The list also shows that, in some cases, an armed force command may choose to withhold the name of the actual sniper for security reasons. The United Nations Security Forces, such as in the Balkans, also had one American sniper (name withheld) attributed with a 1271-metre shot.

While not on the list due to the range being less than the minimum distance used to compile it, USMC Gunnery Sergeant’s second-longest confirmed kill was 1200 yards (1097 m) using a “standard” USMC sniper rifle chambered in .30-06 Springfield. At the time of Hathcock’s service, snipers had essentially been eliminated from the USMC and its sniper rifles were a hodgepodge mix of commercial Remington 700 and Winchester Model 70 rifles chambered for multiple cartridges. The major challenges and efforts of Hathcock and other scout-snipers was improving the performance and reliability of their rifles and ammunition.

cartridges. The major challenges and efforts of Hathcock and other scout-snipers was improving the performance and reliability of their rifles and ammunition. 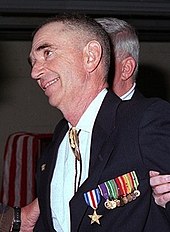