A British soldier was shot dead in Belfast.

Six people were shot and killed in separate incidents in Belfast.

Three were British Army soldiers, two were members of the Irish Republican Army (IRA) and one was a Protestant civilian.

The Irish Republican Army (IRA) carried out bomb attacks in Manchester and Birmingham.

Merlyn Rees, then Secretary of Sate for Northern Ireland, outlined the governments response to the Irish Republican Army’s (IRA) truce.

There had been a reduction in the level of British Army patrols, and house searches had been scaled down. He also indicated that in the event of a permanent end to paramilitary violence, security would be returned to a ‘peace time level’.

James Prior, then Secretary of State for Northern Ireland, announced that elections to the new Assembly at Stormont would be held on 20 October 1982.

Around 50 Loyalists attacked Catholic homes in the village of Rasharkin, County Antrim.

The Combined Loyalist Military Command (CLMC) issued a statement saying that if the Irish Republican Army (IRA) ended its campaign then Loyalist paramilitaries would respond. 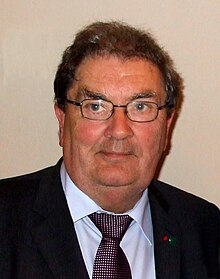 John Hume, then leader of the Social Democratic and Labour Party (SDLP), and Gerry Adams, then President of Sinn Féin (SF), travelled to Dublin for a meeting with John Bruton, then Taoiseach (Irish Prime Minister), and Dick Spring, then Tánaiste (deputy Irish Prime Minister and Minister for Foreign Affairs).

Following the meeting the four men issued a joint statement calling for all-party talks as soon as possible. An article by Adams was published in the Irish Times (a Dublin based newspaper).

He wrote that the Irish Republican Army (IRA) would not have called a ceasefire if the decommissioning of paramilitary weapons had been a major issue for the British government.

The Royal Black Preceptory decided to voluntarily rerouted a parade that had been planned to pass through the centre of Newry, County Down.

An article in the Irish Times revealed that the British government had maintained regular contacts with the Republican movement since late June. Unionists called for the imposition of stringent rules on the decommissioning of arms as a precondition for the entry of Sinn Féin (SF) into all-party talks.

The funeral took place of the three Quinn children in Rasharkin, County Antrim. There was a huge turnout for the funeral.

The three boys were buried in a single grave. David Trimble, then leader of the Ulster Unionist Party (UUP), criticised those people who were claiming that the attack was not sectarian. There was also Nationalist anger at remarks made by Ian Paisley, then leader of the Democratic Unionist Party (DUP), that “Republicans carried out far worse murders”.

See : Murder of the Innocent.

Following a meeting of the Ulster Unionist Party (UUP) Executive David Trimble, then leader of the UUP, indicated that he would not participate in the d’Hondt procedure to appoint ministers to the North’s proposed power-sharing Executive.

[The decision to reject the ‘Way Forward’ proposals created another crisis in the peace process. Some commentators said that the move challenged the authority and prestige of Tony Blair, then British Prime Minister.]

Gerry Adams, then President of Sinn Féin (SF) published an article in the Irish News (a Belfast based newspaper) stating that his party was against the safeguard legislation introduced on 12 July and that it is unnecessary under the terms of the Good Friday Agreement.

Security force personnel dismantled barriers between Drumcree Church and the Garvaghy Road in Portadown. The barriers had been erected earlier in the month to prevent the Orange Order from marching through the mainly Nationalist area of Garvaghy Road.

Political talks to try to secure the peace process finally broke down at Weston Park in England. The British and Irish governments said they would now put together a document containing a package of proposals for the parties, on a take-it-or-leave-it basis.

[The document was finally presented to the parties, and made public, on 1 August 2001.]

Killed by: Royal Ulster Constabulary (RUC)
Died one day after being hit on head with batons during street disturbances, Dungiven, County Derry.