Chichester-Clark, then Northern Ireland Prime Minister, announced an amnesty for all offences associated with demonstrations since 5 October 1968 and this resulted in the release of, among others, Ian Paisley and Ronald Bunting.

Jack Lynch, then Taoiseach (Irish Prime Minister), sacked Charles Haughey and Neil Blaney, then both ministers in the Irish government, over allegations of illegal arms importation. Lynch then survived a vote of confidence in the government. 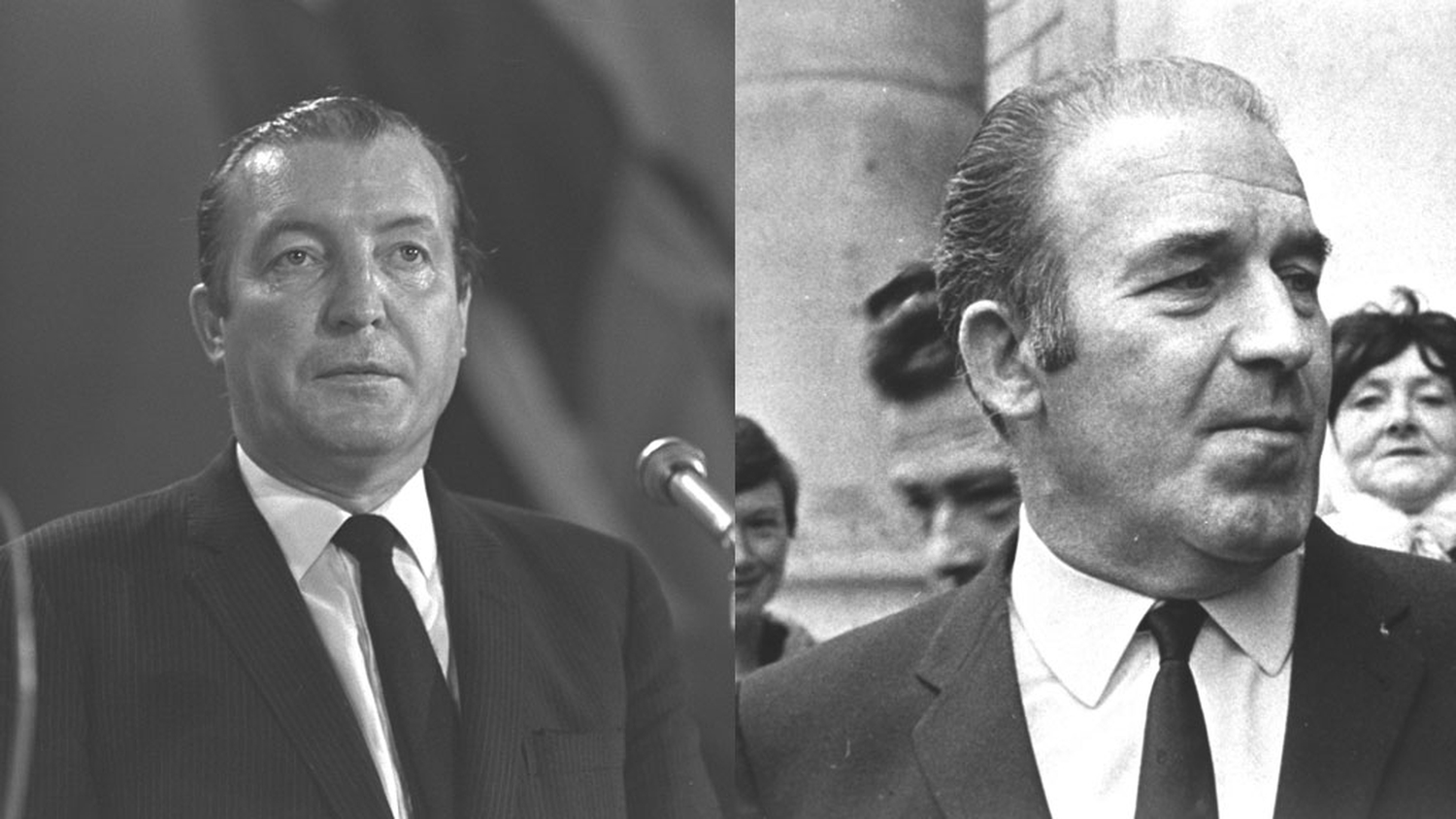 [On 28 May 1970 Haughey and Blaney appeared in court at the beginning of what became known as the ‘Arms Trial’.]

At approximately 9.00 pm a man aged 18 was shot and injured in the Glen Road area of west Belfast.

Eight members of the Special Air Service (SAS) were arrested in the Republic of Ireland. The official explanation was that the soldiers had made a map reading error and accidentally crossed the border.

[During the course of the Northern Ireland conflict there were many instances of British Army personnel and vehicles, including aircraft, making illegal crossings of the border. In March 1976 SAS soldiers had crossed the border and grabbed Seán McKenna, then an Irish Republican Army (IRA) commander, from his home before handing him over to a British Army patrol on the northern side of the border.]

Day 4 of the UUAC Strike

The United Unionist Action Council (UUAC) was unable to secure the support of the workers at the Ballylumford power station, near Larne, County Antrim. This meant that power would be maintained and factories and commerce could continue to operate.

[The Ballylumford workers had control of a major part of Northern Ireland’s power supply, approximately two-thirds, and thus were crucial to the outcome of the strike.]

The Coachman’s Inn, a hotel situated near Bangor, County Down, was attacked by a mob which set fire to the building. The premises had continued to remain open during the strike.

Roy Mason, then Secretary of State, met a delegation led by Harry West, then leader of the Ulster Unionist Party (UUP). Its members including representatives from the Orange Order, industrialists, farmers, and businessmen.

The delegation pressed Mason to embark on a series of tougher security measures. Contrasting claims continued to be made about the progress of the UUAC strike. While the Northern Ireland Office (NIO) claimed that the business sector was ‘near normal’, leaders of the UUAC argued that support for their action was growing.

In an attempt to increase the pressure the UUAC called for a complete shutdown of Northern Ireland on Monday 9 May 1977. This call was criticised by Harry West who said he had been guaranteed by Roy Mason that a tougher security policy would be implemented.

There were riots in Nationalist areas of Belfast and other towns following the third anniversary of the death of Bobby Sands on hunger strike.

There was a vote at Belfast City Council to resume normal business that had been adjourned in protest at the Anglo-Irish Agreement (AIA).

The vote was carried by 27 to 23 votes. The vote was taken to avoid a £25,000 court fine, however the council began a policy of deferring business.

The Royal Ulster Constabulary (RUC) banned a parade planned by Apprentice Boys of Derry (ABD) for Saturday 10 May 1997. The march was intending to pass through the Nationalist lower Ormeau Road area of Belfast.

The Royal Black Preceptory announced that it had taken the decision not to proceed with its forthcoming march in Dunloy, County Antrim. There was a gala opening of the new Waterfront Hall in Belfast. The Prince of Wales carried out the official opening of the new concert complex.

The Sinn Féin (SF) leadership confirmed its support for the Good Friday Agreement, recommending that members in both the North and the South should vote ‘Yes’ in the forthcoming referendum.

It had been reported that the Irish Republican Army (IRA) had taken the decision to drop the ban on members of the Republican movement taking part in an assembly at Stormont.

A majority of councillors in Ballymena District Council voted to support the Agreement.

[Ballymena has been viewed as a stronghold of Paisleyism and some people had expected that the vote would go against the Agreement.]

The Ulster Volunteer Force (UVF) was reported to be anxious to see permanent disarmament because of fears of weapons falling into “criminal hands”.

[The statement marked a shift from saying it might never decommission its weapons.]

The Irish Republican Army (IRA) undertook to open some of its arms dumps for inspection and said it was prepared to “initiate a process that will completely and verifiably put IRA arms beyond use”.

There was a bomb explosion at a Post Office delivery depot in north London at 1.53am (0153BST). The explosion happened at the same building where another bomb had exploded on 14 April 2001.

Again there was no warning of the bomb and one man was injured in the explosion. The “real” Irish Republican Army (rIRA) was thought to have been responsible for the attack.