Bernadette Devlin, then a newly elected MP, made a controversial maiden speech in the House of Commons. Devlin was the youngest woman ever to be elected to Westminster and took her seat on her 22nd birthday.

Francis Rowntree, an 11 year-old Catholic boy, was killed by a ‘rubber bullet’ fired by the British Army.

[This was the first death to result from the use of the rubber bullet baton round.]

One of the leaders of the Irish Republican Army (IRA), Dáithí Ó Conaill, addressed a public demonstration to commemorate the 1916 Easter Rising in Dublin. Following the speech he managed to avoid arrest.

The body of Martin McConville (25), a Catholic civilian, was found in the Bann River, at Portadown, County Armagh. McConville had been abducted by Loyalists one month earlier and had been beaten to death. 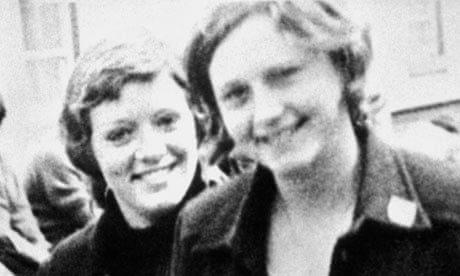 Dolours Price, who had been serving a sentence along with her sister Marion for a car bombing in London on 8 March 1973 was released from Armagh Prison on medical grounds.

[Dolours Price was suffering from anorexia nervosa the same condition her sister suffered from. Marion Price had been released from prison on 30 April 1980.]

The Fair Employment Commission (FEC) published its first report on the religious composition of the workforce in Northern Ireland in those companies with more that 25 employees. The report showed that 65 per cent of the workforce was Protestant while Catholics accounted for 35 per cent.

The Northern Ireland Parades Commission cancelled the publication of a crucial report on contentious parades after the personal intervention of Tony Blair, then British Prime Minister. Blair argued that it was too sensitive a time to publish the report which would have given an initial outline of the Commissions plans for dealing with contentious parades in the coming year.

[The Parades Commission denied that Blair’s intervention amounted to political interference. Unionists were highly critical of the decision and called for the scrapping of the Commission.]

The Irish parliament passed the 19th Amendment to the Constitution Bill which would allow for the necessary changes following the Good Friday Agreement. A ministerial order was also signed to allow for the referendum on 22 May 1998 which would ratify the proposed changes to the Irish Constitution.

David Trimble, then leader of the Ulster Unionist Party (UUP), visited John Paul II in the Vatican as part of a meeting of Nobel laureates with the Pope. This was the first meeting between a leader of the UUP and a pope (and possibly also the first meeting between an Orangeman and a pope). Trimble described the visit as a courtesy call. Talks between the main political parties resumed at Stormont in Belfast. The Department of Justice agreed to grant a pension to, and clear the name of, a 100-year-old former Garda superintendent who was dismissed from the force 71 years ago. William Geary was sacked for allegedly accepting a £100 bribe from the IRA