The Widgery Report on ‘Bloody Sunday’, Report of the Tribunal appointed to inquire into the events on Sunday, 30th January 1972, (HC 220) was published.

[The findings of this report caused outrage among the people of Derry and was referred to as the “Widgery Whitewash”. It was to lead to a 26 year campaign for a new independent inquiry.]

Harold Wilson, then British Prime Minister, paid a visit to Northern Ireland and said that there was no alternative to the Sunningdale Agreement.

[Public Records 1974 – Released 1 January 2005: Note of the meeting between Harold Wilson and the Northern Ireland Executive which was held in Stormont Castle on 18 April 1974.] 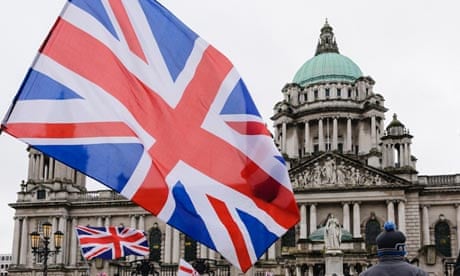 The Irish Republican Army (IRA) planted two bombs and issued a number of other hoax bomb warnings across a number of motorways and railways in England. The bombs and alerts resulted in large-scale disruption.

The Ulster Unionist Council (UUC), the policy making body of the Ulster Unionist Party (UUP), gave the Good Friday Agreement a significant boost when delegates backed if by 540 to 210 (72 per cent). While this was a major boost to David Trimble, then leader of the UUP, six out of the 10 UUP Members of Parliament (MPs) opposed the Agreement.

Gerry Adams, then President of Sinn Féin (SF), addressed the SF Ard Fheis in Dublin. During his address he informed delegates of the news of the UUP vote on the Agreement and said “Well done, David”; there was a round of applause from the delegates at the news.

Trimble later said this support by SF was a “poisoned chalice”.

Later in his speech to delegates on the Agreement, and the negotiations that had preceded it, Adams gave a cautious response. In particular, he noted the concerns of many republicans with certain aspects of the Agreement such as the proposed new Northern Ireland Assembly.

Adams recognised that Irish republicans still had “… an emotional … political as well as constitutional block to participation in a Stormont parliament”. At the same time however Adams went onto point out that if SF did not fully participate then the opportunity “… we have to make and implement policy on an all Ireland basis … could be allocated to other parties”.

[In the end no definitive response on the Agreement was reached and it was agreed to reconvene the Ard Fheis on 10 May 1998 to deal with the issue.]

Killed by: Irish Republican Army (IRA)
Killed by booby trap bomb while driving tractor on his farm, The Loup, near Moneymore, County Derry.