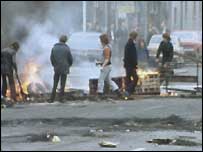 Telegram from Edward Heath, then British Prime Minister, to Liam Cosgrave, then Taoiseach (Irish Prime Minister), seeking further cooperation between security forces in Northern Ireland and those in the Republic of Ireland.]

Following the invasion of the Falkland Islands by Argentina, the issue of Northern Ireland fell further down the British political agenda.

[ The Falklands War was ended when British Forces retook the territory on 15 June 1982.] 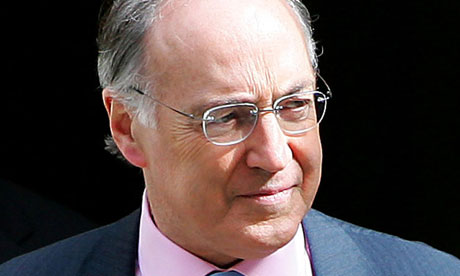 Michael Howard, then Home Secretary, introduced new emergency legislation to give the police the right to ‘stop and search’ suspected members of paramilitary groups.

A car bomb, estimated at 1,000 pounds, was intercepted by the Garda Síochána (the Irish police) Emergency Response Unit at Dun Laoghaire ferry port close to Dublin.

[It was thought that the bomb might have been destined for the Aintree Grand National horse race in England. It was believed that dissident Republicans were behind the attempted bombing.]

The Ulster Unionist Party (UUP) issued a statement in response to the Hillsborough Declaration.

A Protestant civilian was mistaken for a Catholic and beaten to death by Loyalists in Belfast.

Killed by: non-specific Loyalist group (LOY)
Found shot at side of the road, near Ballyhalbert, County Down.

Killed by: Irish Republican Army (IRA)
Off duty. Shot while on his postal round, Gulladuff, near Maghera, County Derry