Tomás Ó Fiaich, then Catholic Primate of Ireland, issued a statement calling upon the Irish Republican Army (IRA) to end its use of violence. 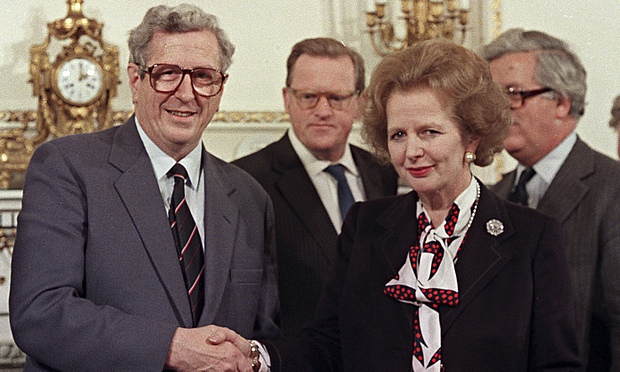 This was Thatcher’s first meeting with a Taoiseach in over 15 months.

Alan Dukes was elected as leader of Fine Gael.

Loyalists set alight the car belonging to Joe Hendron, then Social Democratic and Labour Party (SDLP) MP, which was parked outside his south Belfast home.

It was reported that there were angry exchanges between Ian Paisley, then leader of the Democratic Unionist Party (DUP), and John Major, then British Prime Minister, at 10 Downing Street, London.

[There were also reports that Paisley together with some of his colleagues temporarily locked themselves into a toilet at No.10.]

John Major, then British Prime Minister, announced details of elections to be held on 30 May 1996. The elections were designed to decide which parties would take part in all-party negotiations on 10 June 1996. The elections were also to elect delegates to the proposed Forum. The Forum was to be made up of 110 delegates, 90 elected directly and 20 ‘top-up’ seats from the 10 parties polling the most votes.

The Social Democratic and Labour Party (SDLP) and Sinn Féin (SF) both criticised the proposals.

Brendan Smyth, a Catholic priest convicted of child sex abuse, was released from prison in Northern Ireland and then extradited to the Republic of Ireland to face further charges of abusing children.

Killed by: Ulster Volunteer Force (UVF)
Died four months after being shot during armed robbery at Northern Bank, junction of Lyle Street and Crumlin Road, Belfast. He was injured on 18 November 1974.