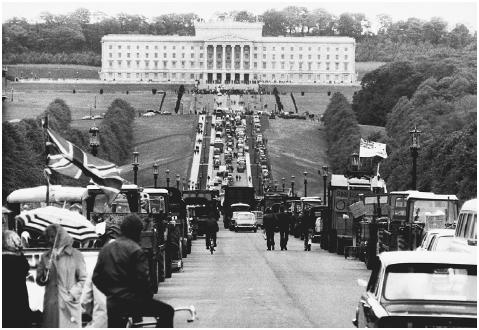 Jack Lynch, then Taoiseach (Irish Prime Minister), called for a British declaration of intent to withdraw from Northern Ireland. The statement was supported by many in the Nationalist community in Northern Ireland.

The Royal Ulster Constabulary (RUC) searched three cars near Portadown, County Armagh and found a large number of firearms. The arms were on route to the Ulster Defense Association (UDA).

The leaders of the four main churches (Catholic; Presbyterian; Church of Ireland; and Methodist) travelled to the United States of America (USA) to encourage new business investment in Northern Ireland.

The Ulster Freedom Fighters (UFF), a cover name (pseudonym) used by the Ulster Defence Association (UDA), carried out a rocket and gun attack on a pub on the Falls Road in Belfast and injured three people.

Gerry Adams, then President of Sinn Féin (SF), said in an interview with the Irish News (a Belfast based newspaper), that the ‘Republican struggle’ could go on for another 25 years. He also criticised statements made by Patrick Mayhew, then Secretary of State for Northern Ireland, since the publication of the Downing Street Declaration (DSD). Mayhew had said that talks between the British government and SF would concern the decommissioning of IRA weapons.

It was announced that in addition to her meeting with Loyalist prisoners Marjorie (Mo) Mowlam, then Secretary of State for Northern Ireland, could also meet Republican prisoners at the Maze Prison.

Garda Síochána (the Irish police) uncovered an estimated one and a half tonnes of home-made explosives in a disused shop at Howth pier in Dublin. Four men were arrested as part of the operation. One of the men was believed to have links to the Thirty-Two County Sovereignty Committee.

Bernadette Sands McKevitt, the vice-chairperson of the Thirty-Two County Sovereignty Committee and sister of Bobby Sands, criticised the peace process. She said that her brother and other Republicans did not die for cross-border bodies with executive powers.

The Royal Ulster Constabulary (RUC) announced that it would close its office at the Castle Court shopping centre in Belfast. Republican supporters had held a number of protests when the office opened. 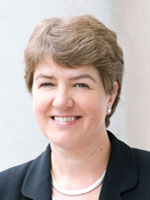 A delegation of Social Democratic and Labour Party (SDLP) Members of the Legislative Assembly (MLAs) and councillors held a meeting with Jane Kennedy, then Security Minister, to discuss attacks by the Ulster Defence Association (UDA) on Catholic homes in north Belfast

. In particular the SDLP claimed that the Police Service of Northern Ireland (PSNI) had not shown “sufficient vigour in the prosecution of those directing these attacks given the fact that UDA is not on ceasefire and its commanders are well known”.

Kennedy undertook to raise the matter with Ronnie Flanagan, then Chief Constable of the PSNI. The SDLP also called for more support in the re-housing of those intimidated from their homes.