Three people were killed in two incidents in Belfast. Loyalist paramilitaries carried out a raid on the Headquarters of the 10 Ulster Defence Regiment (UDR) at Lislea Drive in Belfast and stole 14 British Army issue self-loading rifles (SLRs) and a quantity of ammunition. The camp guard claimed that they were ‘overpowered’ by the Loyalists. [There was another raid on a UDR base on 23 October 1972.]

Tomás Ó Fiaich was appointed as the new Catholic Primate of Ireland.

The Democratic Unionist Party (DUP) organised another march in Derry to protest against the march in the city on the previous Sunday, 8 October 1978. There were clashes between Loyalists and Royal Ulster Constabulary (RUC) officers which resulted in 32 policemen being injured and there was also damage to property in the city.

John Major, then British Prime Minister, address the Conservative Party conference and told delegates that he would pursue the peace process in his own time.

There were scuffles between Sinn Féin (SF) supporters and Royal Ulster Constabulary (RUC) officers when SF attempted to hold a demonstration in the centre of Lurgan, County Armagh. The last ‘peace train’ travelled between Dublin and Belfast.

Marjorie (Mo) Mowlam, then the British Labour Party spokesperson on Northern Ireland, met with Loyalist prisoners in the Maze Prison in an effort to “keep the talks process alive”. The Ulster Unionist Party (UUP) and the Social Democratic and Labour Party (SDLP) agreed on a draft agenda for the Stormont talks. 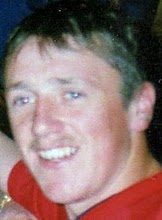 The funeral of Patrick Campbell, who was an Irish National Liberation Army (INLA) member, took place in Belfast.

Campbell had been injured on 6 October 1999 in Dublin and died on 10 October. Approximately 1,000 people attended the funeral among them Patrick’s father Robert Campbell who had been ‘on the run’ in the Republic of Ireland since 1981.

A joint statement was issued by anti-Agreement Unionists including the Democratic Unionist Party (DUP), the United Kingdom Unionist Party (UKUP), the Northern Ireland Unionist Party, and some members of the Ulster Unionist Party (UUP). The statement set out a common strategy for opposing any political deal leading the establishment of a power-sharing Executive which included Sinn Féin (SF).

A Catholic father-of-six and his two teenage sons all escaped uninjured when a bomb exploded in their car. The explosion happened shortly before 9.00pm at Blackstaff Way, off the Grosvenor Road, in west Belfast. The man said he was with his two sons, aged 17 and 18, for a driving lesson in the Kennedy Road Industrial Estate. He tried to adjust the driver’s seat, with one of his sons sitting in it, when he found a jar containing liquid and a pipe. He said it started to “fizz” and the three of them immediately fled from the vehicle just seconds before the device exploded. The attack was carried out by Loyalist paramilitaries.

Martin McGuinness, the Vice-President of Sinn Féin (SF), said that he was working “flat out” to convince the Irish Republican Army (IRA) to put its weapons beyond use.

[McGuinness made the comments on the British Broadcasting Corporation (BBC) ‘Radio Ulster’ programme. There was continuing media speculation that the IRA was close to making a move on decommissioning.]

Aidan Troy (Fr), then Chairman of the Board of Governors of the Holy Cross Girls’ Primary School, called on Loyalist protesters to immediately end the daily protest at the school. Troy was speaking at Sunday mass and said that a member of the congregation had made the point that the only other country where girls are prevented from having an education was Afghanistan.

It was revealed in the media that David Burnside, then Ulster Unionist Party (UUP) MP, had held a meeting with the ‘inner council’ of the Ulster Defence Association (UDA) sometime during the summer of 2001.

[Burnside later defended his decision to hold private talks with the Loyalist paramilitary group and said he would meet the group again if asked. Burnside said that he would not meet with the Irish Republican Army (IRA). Burside was an opponent of the Good Friday Agreement.]

The Irish government held a state funeral for 10 Irish Republican Army (IRA) men who had been executed by British authorities during Ireland’s War of Independence 80 years ago. The men had originally been buried in Mountjoy Prison but were reburied in Glasnevin cemetery following a mass at the Pro-Cathedral. The most famous of the 10 men was Kevin Barry an 18-year-old medical student who took part in the rebellion and was hanged in 1920. He is remembered today in a still-popular song that bears his name.