Arthur Young, then Chief Constable of the Royal Ulster Constabulary (RUC), announced his resignation as from 23 November 1970.

A British soldier was killed when trying to defuse a bomb which had been planted by the Irish Republican Army (IRA) in Birmingham.

John Hermon, then Chief Constable of the Royal Ulster Constabulary (RUC), said that the Irish Republican Army (IRA) and the Irish National Liberation Army (INLA) were both “reeling” from the evidence given by informers (called ‘supergrass’ by the media) and the subsequent arrests.

The Fair Employment Agency (FEA) said that it would monitor recruitment policy at Short Brothers aircraft factory in Belfast following allegations of an anti-Catholic bias in the organisation.#

Ulster Unionist Party (UUP) and Democratic Unionist Party (DUP) councillors held separate meetings and decided to continue the protests in council chambers against the Anglo-Irish Agreement (AIA). However they decided against mass resignations.

[This shooting was the first in a series of fresh killings. On 6 October 1990 a Catholic man was shot dead by the Protestant Action Force (PAF) at the same location.]

IRA Bomb at Forensic Science Laboratory The Irish Republican Army (IRA) exploded a huge bomb, estimated at 2,000 pounds, at the Northern Ireland forensic science laboratories in south Belfast. Twenty people were injured, the laboratories destroyed, and approximately 700 houses were damaged in the blast.

[The cost of repairs was estimated at £6 million.]

The Social Democratic and Labour Party (SDLP) held a meeting with Michael Ancram, then Political Development Minister at the Northern Ireland Office (NIO), to discuss the possibility of future political talks. The Campaign for Labour Representation in Northern Ireland (CLRNI), which was established in 1977 to try to persuade the British Labour Party to stand for elections in Northern Ireland, was dissolved without achieving its central aim.

The Ulster Volunteer Force (UVF) tried to kill a Republican in the lower Falls area of west Belfast.

John Major, then British Prime Minister, said in an interview on BBC radio that “exploratory talks” between British officials and Sinn Féin (SF) could start by Christmas. He added that this would depend whether or not Republicans intended to give up violence for good.

The United States of America (USA) granted another visa to Gerry Adams, then President of SF, to allow him to make a second trip to America on 24 September 1994.

Diarmuid O’Neill (21) (later confirmed as a member of the Irish Republican Army; IRA) was shot dead in raids by security service personnel. In the security operation several people were arrested and bomb-making material recovered.

Ten tonnes of home-made explosives, two pounds of Semtex, rifles and other bomb equipment were recovered.

[Initial reports of the arrest operation suggested that there had been a ‘shoot-out’ but it was later revealed that Mr O’Neill was unarmed at the time of the shooting.]

The Ulster Unionist Party (UUP) sat in the same room as Sinn Féin (SF) during a plenary session of the multi-party talks at Stormont, Belfast. The UUP proposed a motion to have SF removed following an indication by the Irish Republican Army (IRA) on 11 September 1997 that it had some difficulties with aspects of the Mitchell Principles, however the motion was defeated. William Thompson, then a UUP Member of Parliament (MP), threatened to resign because of David Trimble’s, then leader of the Ulster Unionist Party (UUP), decision to enter the talks at Stormont.

The British Broadcasting Corporation (BBC) screened a programme called Provos: Born Again which alleged that Gerry Adams, then President of Sinn Féin (SF), had been a senior member of the IRA.

There was disagreement between Gerry Adams, then President of Sinn Féin (SF), and David Trimble, then First Minister designate, over the issue of decommissioning. Adams said that Irish Republican Army (IRA) decommissioning was not within SF’s gift and accused Trimble of trying to impose conditions on SF’s entry into the Executive and trying to renegotiate the Agreement.

Sinn Féin published its submission to the Mitchell Review of the Good Friday Agreement.

At around 2.00am (02.00BST) there were clashes at a sectarian interface at Cliftonpark Avenue, north Belfast. Loyalist paramilitaries fired a number of shots at a Nationalist crowd and a woman (19) was reported to have been shot in the leg.

A second pipe-bomb was also thrown but failed to explode. A number of Catholic workmen in the area were uninjured. The attack was carried out by Loyalist paramilitaries. There were further sectarian clashes in the Tiger’s Bay / North Queen Street area of Belfast during the afternoon. The rival crowds were dispersed by security forces. 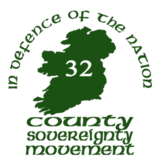 It was reported that members of the 32 County Sovereignty Committee met in Dundalk, Republic of Ireland, to discuss the political situation in Ireland following the attacks in America on 11 September 2001. [Some commentators believe that the Committee has political links with the “real” Irish Republican Army (rIRA) but this has been denied by both organisations. There was media speculation that the rIRA may be considering a ceasefire following the attacks in America.]

Killed by: Irish Republican Army (IRA)
Off duty reservist. Shot while driving into the laneway of his home, Lisrace, near Rosslea, County Fermanagh.